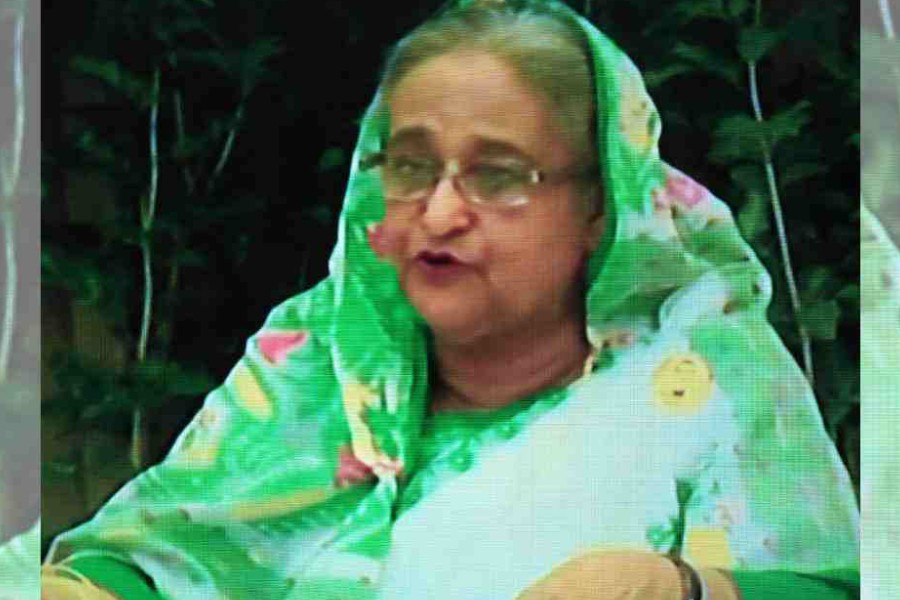 Mentioning that there is a diplomatic pressure on Bangladesh for bringing back Bangladeshi expatriate workers from the Middle Eastern countries, Prime Minister Sheikh Hasina on Wednesday said her government has taken multifaceted diplomatic initiatives to deal with it.

“Due to the outbreak of coronavirus, a diplomatic pressure is on from the Middle Eastern countries for bringing back expatriate workers. But our government has taken multifaceted diplomatic initiatives to ease this pressure,” she said.

The Prime Minister was replying to a question from Awami League MP Benjir Ahmed (Dhaka-20) in Parliament, UNB reported.

As part of the diplomatic efforts, the Prime Minister said she sent letters to some heads of state or government.

She said the government also sent medical equipment and pharmaceutical items to different countries as part of the government’s ‘food and medical diplomacy’.

“Only 22,000 expatriate workers returned home so far. The number of the returnees is still low due to timely diplomatic initiatives taken by the present Awami League government,” the PM said.

She urged the manpower recruiting agencies to send workers abroad after proper authentication of jobs and employers.

Referring to the recent killing of Bangladeshis in Libya, Hasina said the government is taking proper action against the recruiting agencies that sent them there.

If the recruiting agencies export manpower following proper rules, Bangladeshi workers will not fall in troubles in foreign lands, said the Prime Minister.

She also said the people of the country should be aware about illegal migration.  “Despite so many facilities, including collateral loans, provided by the government, the jobseekers lose their lives going abroad through illegal channels to catch ‘golden deer’ there.”

She reiterated that the government continues diplomatic efforts so that expatriate Bangladeshis can remain employed in their respective host countries.

Mentioning different measures taken for the expatriates, she said in the OIC forum Bangladesh has proposed forming a fund for them.

Different countries are sending back illegal immigrants and those who are engaged in different crimes, said the Prime Minister.

Besides, she said, the government has taken measures for providing incentive and loan for the expatriates who have already returned home.

She said overseas jobseekers can also avail of collateral-free loan from the Probsahi Kalyan Bank.

In reply to another question from ruling MP AKM Rahmatullah (Dhaka-11), the Prime Minister said the role of Father of the Nation Bangabandhu Sheikh Mujibur Rahman in the Language Movement had been erased from history.

Sheikh Hasina, also eldest daughter of Bangabandhu, said she started publishing a book over the secret reports of Pakistani Intelligence Branch against the Father of the Nation so that the people of the country can know the real history.

Responding to a question from opposition Jatiya Party MP Mujibul Haque (Kishoreganj-3), the PM said Bangabandhu had not shared, even with family members, the sufferings he endured in jail.

“The name (of Bangabandhu), which was completely removed after 1975, has returned today. Actually, no one can erase history,” Hasina added.