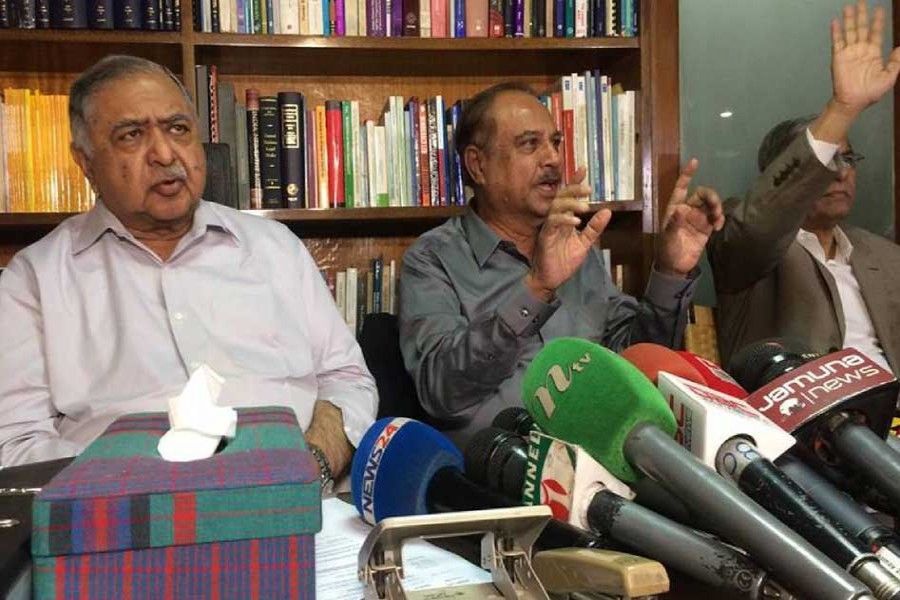 Gono Forum President Dr Kamal Hossain on Thursday said they have asked their two MPs-elect not to join parliament as per their party decision their party’s decision.

“We’ve clearly conveyed them our party’s decision of not joining parliament and they won’t do it,” he said.

Dr Kamal came up with the remarks while talking to reporters after a meeting of Jatiya Oikyafront steering committee at his Motijheel chamber, reports UNB.

Meanwhile, the Oikyafront has decided not to join the tea party at Ganabhaban on February 2 terming it a “mockery”.

Oikyafront spokesman Mirza Fakhrul Islam Alamgir said, “Our several thousand leaders and activists have been in jail while many others killed and injured centring the election. Many candidates have also been injured.”

He further said, “Under the circumstances, we think arranging such a tea party by the prime minister is nothing but a mockery. So, we think there’s no necessity to join the tea party.”