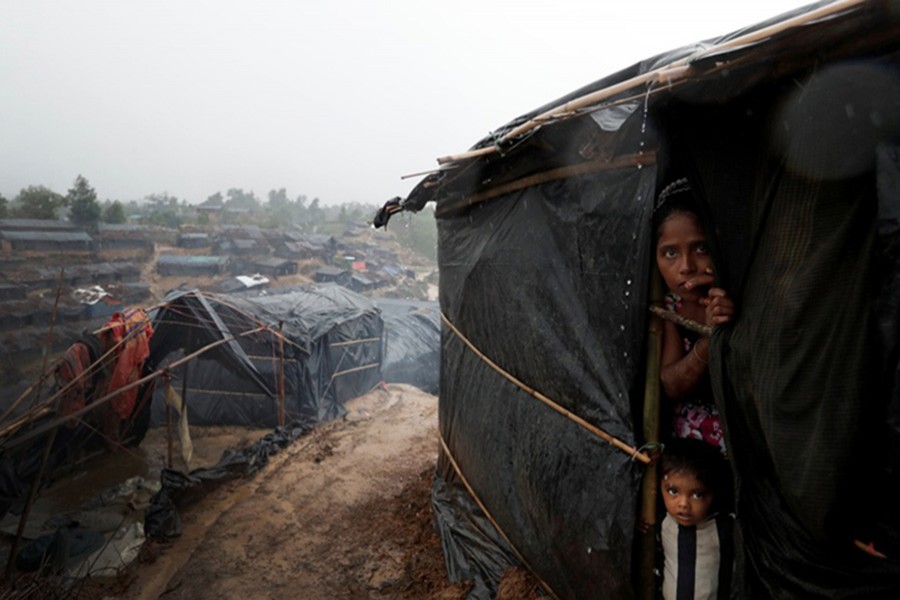 German Federal Minister for Economic Cooperation and Development Dr Gerd Muller has announced that development cooperation with Myanmar will be suspended until Myanmar allows Rohingyas to return to their homes in Rakhine State safely.

“Myanmar must do all it can to protect the Rohingyas and to facilitate their voluntary return,” he said wrapping up his two-day visit to Bangladesh on Wednesday.

Muller said the plight of the Rohingyas is turning into one of world's greatest tragedies – second only to that of the Syrian refugees, according to a UNB report Thursday.

He said the international community must act much more decisively in this matter, and take a greater interest in the Rohingya's fate, according to his statement.

He said Germany will use its development policy tools to step up its support for the Rohingya refugees and the communities hosting them.

The German minister said one million Rohingyas have fled from Myanmar to Bangladesh and the majority of them live in the Kutupalong refugee camp – one of the largest in the world. “Many of the refugees are traumatised.”

On Tuesday, when Muller called on Prime Minister Sheikh Hasina, she urged Germany to play a more active role over Rohingya issue. The premier also called on the international community to put more pressure on Myanmar to take back its nationals from Bangladesh.

During his meeting with Foreign Minister Dr AK Abdul Momen on the same day, the German Minister expressed his country’s firm commitment to a sustainable solution to the Rohingya crisis and Myanmar’s full compliance with the recent order of the International Court of Justice (ICJ).

Muller visited the Rohingya camps in Cox’s Bazar on Wednesday to see the situation on the ground before leaving Dhaka for New Delhi.

Bangladesh has been hosting more than 1.1 million Rohingyas. Most of them fled their homes in Rakhine state when the Myanmar military and their collaborators launched a brutal offensive targeting the mainly-Muslim ethnic minority.

State-sponsored discrimination stretches back decades against Rohingyas who are denied citizenship by Myanmar despite having lived in the country for generations.

Before the visit, the German Minister said greater consumption in their part of the world must not be at the expense of workers' human rights in other parts of the world.

“We need to bring justice to globalisation. That is why we have introduced the Green Button as the first publicly endorsed certification mark. The Green Button is to help consumers in Germany to choose trousers, rucksacks or T-shirts, for example, that have been produced in compliance with social and environmental standards,” he said.

Bangladesh is the world's second biggest producer of textiles, and its largest customer for such goods is Germany.