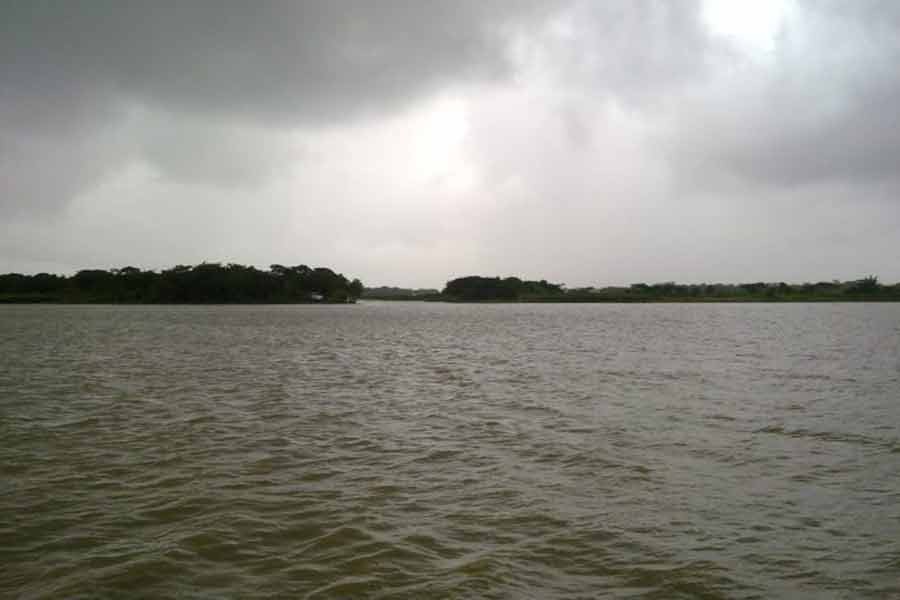 Water levels in most of the rivers and tributaries in Ganges and Brahmaputra basins recorded a rising trend again on Friday.

Water level of Ganges basin began to swell owing to onrushing of floodwater from the upstream hilly catchment areas while major rivers in Brahmaputra basin marked further rise to flow above the danger mark (DM) at two points.

Of the 30 river points, monitored in the Ganges basin on Friday, water levels increased at 21 points while receded at seven points and remained stable at two points, according to the Flood Forecasting and Warning Centre (FFWC).

Local office of Bangladesh Water Development Board (BWDB) recorded a stable trend at Pankha in Chapainawabganj and Rajshahi points, while water level went up by four centimetres (CM) at Hardinge Bridge and three cm at Talbaria in Padma River, said Mukhlesur Rahman, Superintending Engineer of BWDB on Friday morning.

The BWDB office also recorded a rising trend at all the points of the Padma, the Mohananda, the Korotoa and the Atrai rivers afresh.

Water level in the Korotoa went up further by six cm and 21 cm at Chak Rahimpur and Bogura points respectively.

The Gur River swelled further by nine cm at Singra in Natore, while the Atrai River by 17 cm at Baghabari in Sirajgonj.

FFWC executive engineer Arifuzzaman Bhuiyan said a rising trend has been recorded at all six points of the Jamuna River further on Friday morning. The river crossed the danger level at Sariakandi in Bogura point, while flowing below the danger mark at other five points.

The water level went up by 36 cm at Sariakandi, 27 cm at Kazipur in Sirajganj and 32 cm at Sirajganj point.

Of the 16 river points both in Ganges and Brahmaputra basins, being monitored in many districts under Rajshahi division regularly, water levels increased at 14 points and remained stable at two points.

On the other hand, BWDB officials said water levels of all major rivers of Brahmaputra basin might continue to rise further due to onrush of water amid monsoon rains both in the upstream and downstream areas during the next 24 hours.

A bulletin of FFWC of BWDB said the Dharla and Jamuna were flowing above the DM at Kurigram and Sariakandi points and might cross the DM at Kazipur point during the next 24 hours.

During the past 24 hours till 9am, the recorded rainfalls were 41mm at Dibrugarh and 38mm at Cherrapunji points in the upstream northeastern Indian states of the Brahmaputra basin.

Besides, the recorded rainfalls during the period till 9am on Friday were 210 mm at Gaibandha, 112mm at Dalia, 103mm at Panchagarh, 62mm at Kurigram and 53mm at Jamalpur monitoring points of BWDB in the basin.

“The Dharla was flowing 30cm above the DM in Kurigram at 9 pm inundating some low-lying areas under Sadar and Fulbari upazilas with sporadic erosion at places,” said executive engineer of Kurigram division of BWDB Md. Ariful Islam.

Executive engineer of the Teesta Barrage Project division of BWDB Rabiul Islam said the Teesta was flowing below the DM by 35cm at Dalia and 25cm at Kawnia points.

Executive engineer of BWDB for Gaibandha division Mokhlesur Rahman said water level of the Ghagot rose by 19cm over the last 24 hours and was flowing 49cm below the DM at Gaibandha point at 9am.

Water levels of the Brahmaputra marked rise by five cm at Noonkhawa and 16 cm at Chilmari and Jamuneswari by 116 cm at Badarganj points over the last 24 hours.

Besides, water levels of the Jamuna marked sharp rises by 29 cm at Fulchhari, 37 cm at Bahadurabad, 36 cm at Sariakandi, 27 cm at Kazipur and 32 cm at Sirajganj points in Sirajganj during the period.

The Jamuna was flowing 21 cm below the DM at Fulchhari in Gaibandha and Bahadurabad in Jamalpur while above the DM by seven cm at Sariakandi in Bogura and below the DM by three cm at Kazipur and 16cm at Sirajganj points.

Talking to BSS, chief engineer for Rangpur zone of BWDB Jyoti Prosad Ghosh said water levels of major rivers might continue to rise during the next 24 hours at most points with a possibility of a short-term fourth time flood in the basin.

“However, there is a possibility of improvement of the situation as monsoons rains might not continue in the Brahmaputra basin within the next few days to end the short term flood-like situation in the basin,” Ghosh added.