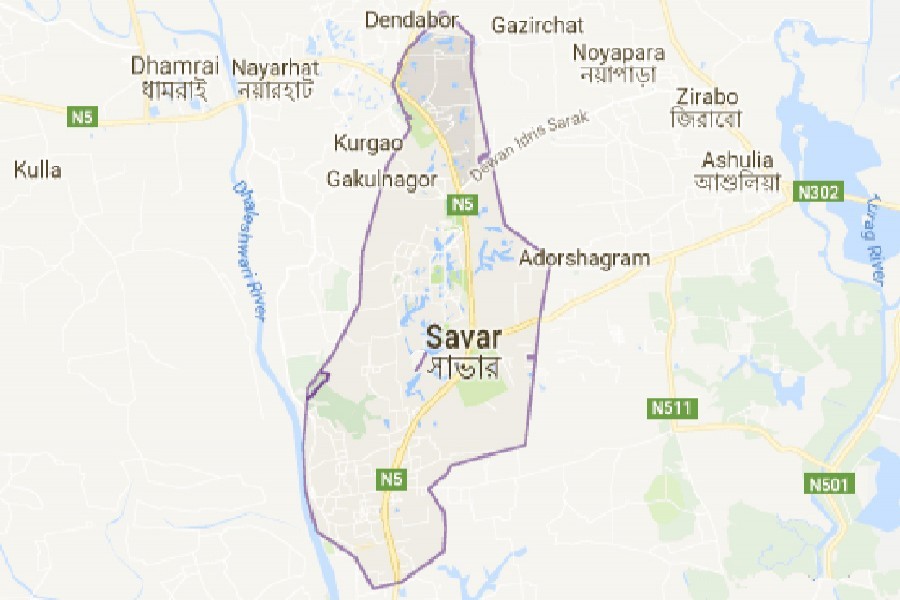 Members of Rapid Action Battalion (Rab) arrested two alleged criminals, including a death-row fugitive convict, along with arms from Alamnagar in Hemayetpur of Savar on Wednesday.

The arrestees were identified as Noman Ibne Bashar alias TBS Babu (39), a death-row convict of a murder case and Arafat Hossain Jewel (37), a news agency reported.

Tipped off, a team of Rab-8 conducted a drive at Alamnagar Sugandha Housing area and arrested them in the night, said Rois Uddin, commanding officer of Faridpur Rab-8.

Of the arrestees, Bashar was wanted in 12 murder cases and a court sentenced him to death in a murder case filed for killing Kalim Uddin in Mirpur in 2005. He has been remained fugitive since then.

Besides, the arrestee Jewel was wanted in six different cases.