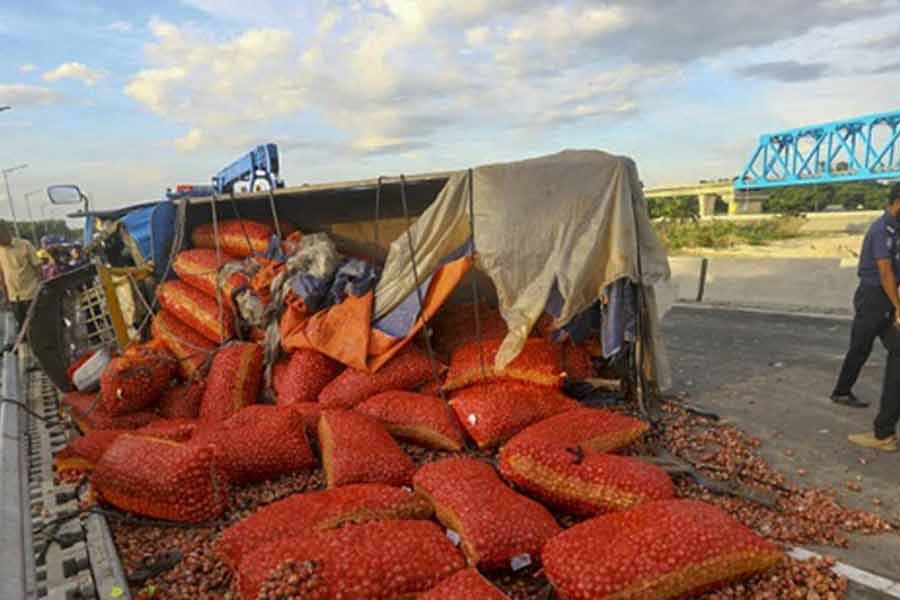 A mini-truck transporting onions to Dhaka has overturned just after crossing the Padma Bridge at its Mawa end in Munshiganj, leaving four people injured and briefly hampering traffic.

Army personnel, who were patrolling the area, rescued the injured and took them to Sreenagar Upazila Health Complex.

Alamgir said an army jeep was damaged when another truck hit it from behind during the rescue operation. Police detained the truck's driver, 28-year old Abdur Razzak.

Normal traffic resumed after police removed the vehicles from the road.

Shahed Mia, the trader who was taking 134 sacks of onions to the capital's Shyambazar from Faridpur, was among the injured.

He said the truck flipped after hitting the railings of the approach road. Onions from the truck spread on the road at that time.

Two motorcyclists died in an accident on the bridge on Sunday evening amid a rush of revellers who were celebrating the opening of the structure in a breach of rules.

Authorities banned motorcycles from the bridge later and launched a mobile court drive to prevent people from stopping their cars on the bridge.