Fortified rice to be available in OMS in Dhaka 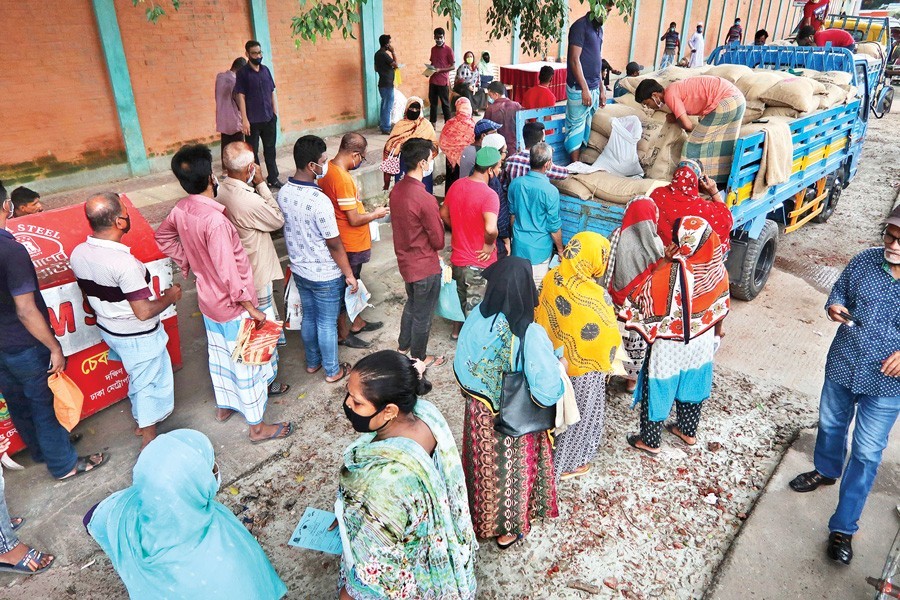 The Ministry of Food and the World Food Programme on Monday formalised the inclusion of fortified rice in the Open Market Sales (OMS) which will directly benefit about 720,000 people in 144,000 households.

The Nutrition International (NI) and Global Alliance for Improved Nutrition (GAIN) will be supporting the advocacy for fortified rice in the programme, reports UNB.

Under the programme, the price of fortified rice was set lower than the market price, at Tk 30 per kg for a maximum of 5 kg rice per household per day to families with lower income.

It is estimated that the low price will allow each household to buy on average 20kg fortified rice per month.

Fortified rice will be sold six days a week at 120 centres across Dhaka North and Dhaka South city corporations from 9am to 5pm at selected shop outlets.

WFP aims to ensure distribution of fortified rice through the OMS programme to enhance food security and nutritional wellbeing of vulnerable households who consume diets deficient in micronutrients.

“Fortifying the rice will provide essential vitamins and minerals when households are compelled to compromise food diversity due to access to markets and income opportunities during the Covid-19 crisis,” said Sarwar.

He said it is also a cost-effective approach to address nutrient deficiencies in food aid to reach urban low-income disadvantaged population.

“Food insecurity has far reaching, long lasting impacts on the poor, particularly those living in areas undergoing rapid urbanisation,” Ragan said. “The lack of access to a varied, nutritious diet is one of the leading causes of micronutrient deficiency and malnutrition in Bangladesh.”

OMS is a public food distribution programme which sells rice at subsidised prices round the year when and where necessary for stabling the market price and supporting the low-income population.