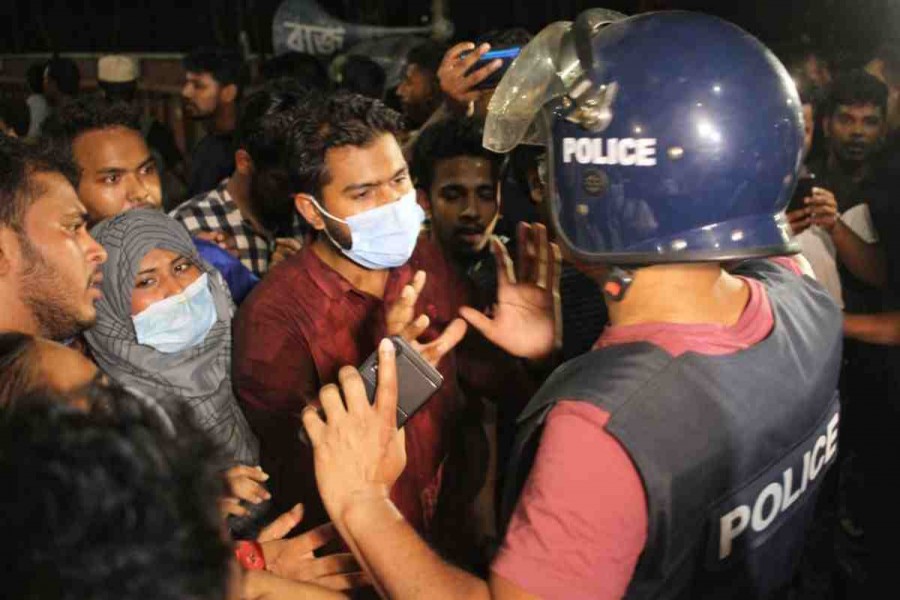 Former DUCSU vice president Nurul Haque Nur has been released hours after being detained by the police during a protest over a rape case against him and six others in Dhaka.

Nur and seven of his associates were held while staging a protest march near Matsya Bhaban on Monday evening, reports bdnews24.com.

The demonstration was organised by Nur's organisation, the Bangladesh Council to Protect General Students’ Rights, in protest against a 'conspiratorial' case started by a young woman.

The case was initiated by a postgraduate student of Islamic Studies at Dhaka University on Sunday and it accuses Nur of abetting the rape of the alleged victim.

Five other leaders of the quota reform movement are implicated in the case, including the main suspect Hasan Al Mamun, the convener of the Bangladesh Council to Protect General Students’ Rights.

Later on Monday, Nur and associates took out a procession from Dhaka University's TSC before a stand-off with the police ensued near Matsya Bhaban.

At the time, DMP spokesman Deputy Commissioner Walid Hossain told bdnews24.com, "They were apprehended on charges of obstructing police work and assaulting law enforcers. They have been taken to the DB office."

But Nur was seen at Dhaka Medical College Hospital around 10pm. There, his organisation's leaders and activist were receiving treatment for injuries sustained during a skirmish with the police.

Asked about the matter, DMP Commissioner Shafiqul Islam told bdnews24.com, "Nur wasn't detained. They were made to sit for having taken out a procession without permission. They were later released."

Meanwhile, five policemen also received primary care at DMCH after the scuffle with the protesters.