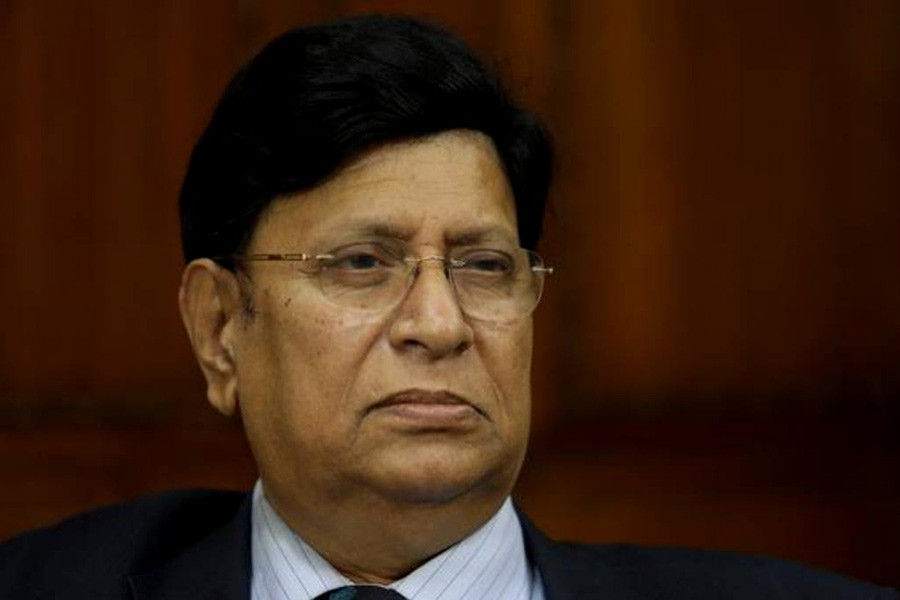 Foreign Minister Dr AK Abdul Momen has started his visit to a number of European countries as Bangladesh is giving much importance to boost its export to the European market with diversification of products as part of its economic diplomacy.

"We want to boost export and diversity it," he said adding that he will also raise the Rohingya issue everywhere in his meetings in the European countries.

Dr Momen will visit Germany until October 19 where he will also have a meeting with his German counterpart, a senior official said.

"Germany happens to be the single biggest importer. So it’s important," she said before her departure on Wednesday morning.

Bangladesh also seeks German and French companies to invest in Special Economic Zones (SEZs) and High-tech Parks, being developed by the government.

Bangladesh is encouraging the investors to take advantage of Bangladesh’s strategic location, demographic dividend, special incentive package for foreign direct investment (FDI) and a huge domestic market, according to the officials.

From Berlin, the Foreign Minister will visit Paris, France from October 20-22, and attend an Economic Forum there apart from his other engagements.

The Economic Forum will be organised by the French Senate where representatives of the BEZA and BIDA are also expected to attend.

The Foreign Minister will visit Rome, Italy on October 27 and Athens, Greece on October 28-29, an official at the Ministry of Foreign Affairs said..

The NAM Summit, to be attended by Prime Minister Sheikh Hasina, will be held on October 25-26.

The Foreign Minister will return home on October 30.