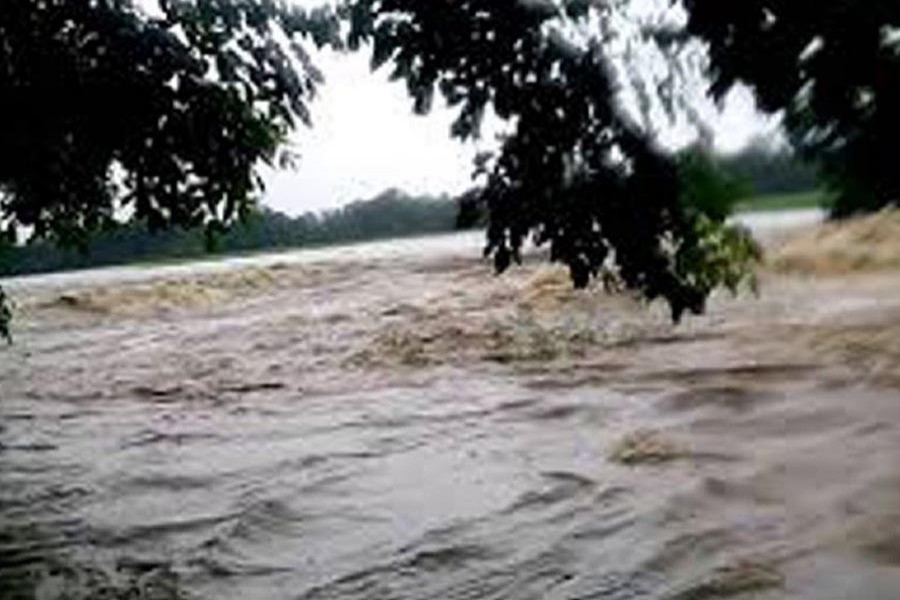 Tangail, July 05: Flood situation has deteriorated in Tangail as the water level of the Jamuna River keeps swelling.

The river was flowing 35cm above the danger mark, Sirajul Islam, executive engineer of Water Development Board (WDB) in Tangail, said.

Jamuna being the principal river of Tangail, several of its branches, including Dhaleswari and Jhinai, flow through the district; consequently, its flood fury extends as far as its

On the other hand, erosion situation has also intensified in different areas of the district, especially its Nagarpur upazila, with the swelling of the Jamuna and other rivers.

Mohammad Rokonuzzaman, NDC, who is now working as acting relief and rehabilitation officer in Tangail, said about 1 24, 571 people of at least 91 villages under 21 unions of Bhuapur, Kalihati, Nagorpur, Delduar, Gopalpur and Sadar upazilas in the district have been marooned by the flooding.

Suffering of the people of these areas knows no bound, local sources said.

About 5,000 hectares of cropland were inundated and around 5,50 dwelling houses were devoured by the rivers, he said.

Meanwhile, the flood protection embankment on the Bhuapur-Tarakandi-Tangail road has become vulnerable as cracks have developed in its Garabari point.

Chairman of Gabshara union parishad Md Moniruzzaman Monir said Bhuapur is worst affected among the 12 upazilas of the district.

People of the upazila are suffering a lot for want of food and safe drinking water.

Their domestic animals including cows and goats are also becoming unhealthy for want of feeds. The flood affected people now require emergency aid.