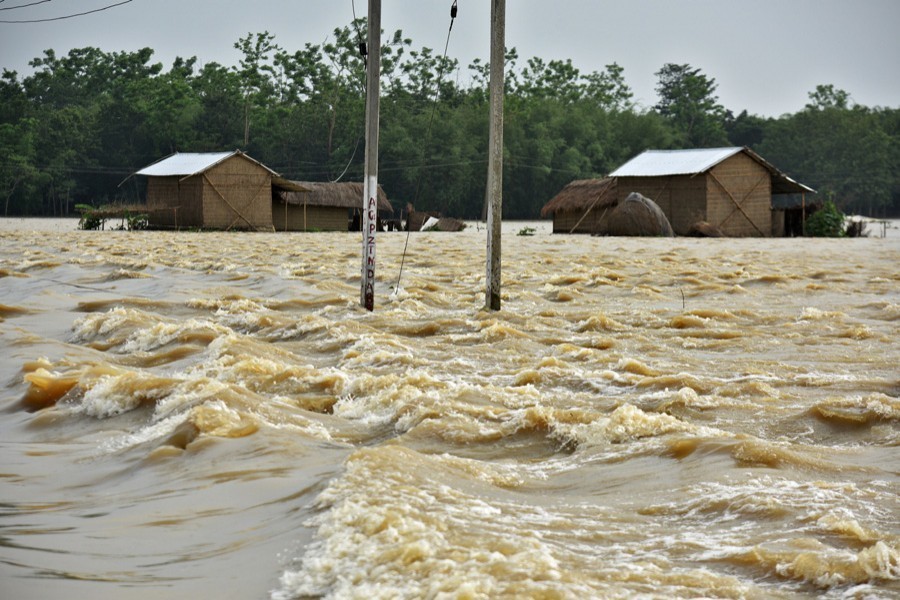 Flood conditions have deteriorated further in the central regions while it remained same in the northern parts of the country on Friday.

Nine major rivers swelled over their respective danger marks at 16 points in the country on the day.

Water was increasing at 66 points while it declined in 33 points on Friday, according to Flood Forecasting and Warning Centre (FFWC).

The onrush of water from neighbouring India has caused immense flooding in northern, north-eastern districts, an FFWC official said.

“Flood situation in Kurigram, Gaibandha, Bigra, Jamalpur, Sirajganj and Tangail was same but it might deteriorate in Rajbari, Dhaka, Manikganj, Faridpur and  Shariatpur districts in next one day", he said.

According to the Bangladesh Water Development Board, around 1.05 million people have so far been marooned in 14 districts.

Flood-affected people of the northern regions were suffering for scarcity of food, drinking water and fuel oil as most of them did not get any relief from the government.

The water level of Padma was rising on Friday and the trend is likely to continue.

The Padma at Mawa points in Munshiganj might cross danger level in next 24 hours, said FFWC.