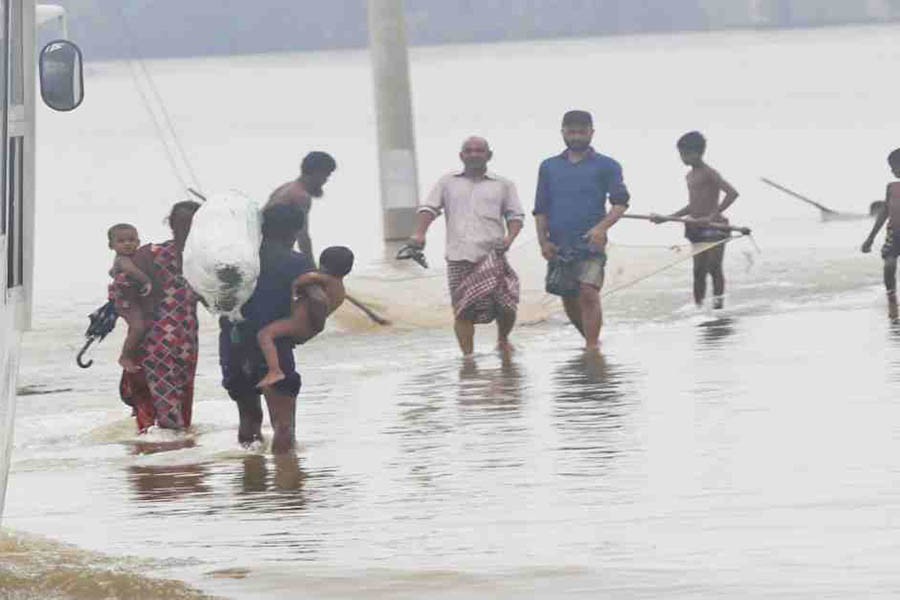 Flood claimed five more lives in the country in 24 hours till Monday morning, raising the total fatalities to 107, according to the Directorate General of Health Services (DGHS).

The deaths were recorded between May 17 to July 3, it said.

Of the deceased, thirty-nine people died in Mymensingh, 56 in Sylhet, 11 in Rangpur and one in Dhaka division, it said.

Besides, some 12,457 people have been affected by floods during the period, it added.

Among a total of 70 flood-hit upazilas, 33 are in Sylhet division, 16 in Rangpur division, 20 in Mymensingh division and one in Chattogram division.

Sylhet, Sunamganj, Netrokona and Kurigram are the worst-hit districts where 13, 11, 10 and 9 upazilas were affected by flood respectively.

A total of 1,944 flood shelters have been opened, while 2,051 medical teams are working to provide various health services to the flood-affected people.