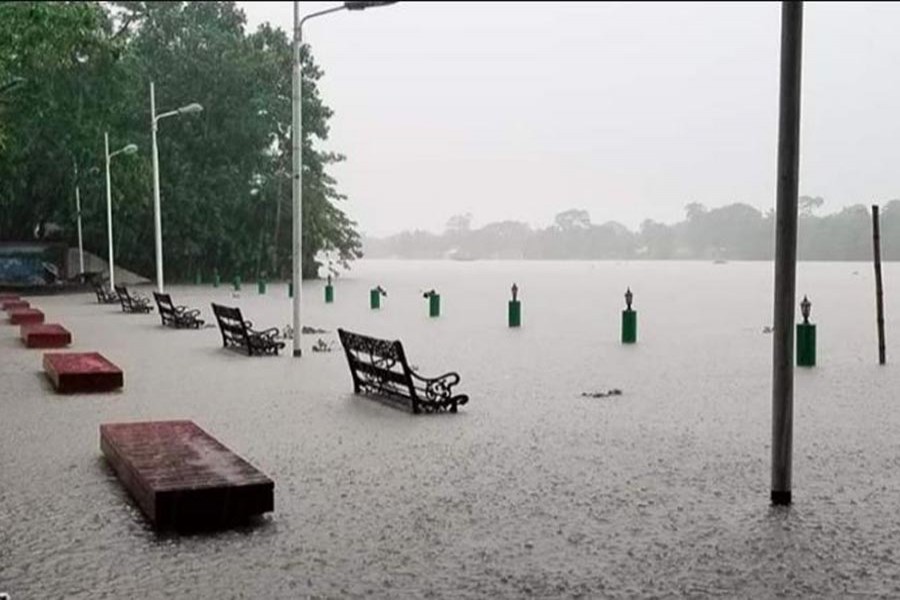 Fish farmers in Sunmganj are in troubled waters as the recent floods have reportedly caused a Tk 214.50 million loss to the potential sector.

According to district fisheries office, the floods have also affected the livestock and poultry sector in addition to creating a widespread scope for cattle lifters to lift cattle, reports UNB.

Nurul Haque, owner of a fish enclosure at South Sunamganj, said there were about 0.25 million fish fry in his different fish enclosures which have been washed away by floodwaters.

Another fish farmer, Safiul Islam, of South Sunamganj had invested millions of taka in his farm, and was dreaming of making huge profit within a few months. But that was not to be.

“I started my fisheries business with a dream. I invested crores of money in the fish farm. All my dreams have been washed away with the floodwater,” he said.

“Now I've no idea how I'll recoup the losses. I urge the government to pay a little bit of attention to those who've lost everything in the floods."

Moni Begum, a resident of Ward No 3 of Sunamganj sadar municipality, said, "I had to take shelter at Sunamganj Government College with my children as floodwaters poured into my house. A dozen of ducks have been stolen while I was at the shelter centre.”

South Sunamganj Upazila Fisheries Officer Jahidul Islam said a list of flood victims, including those of the fish farm owners, will be sent to the authorities concerned seeking government assistance.

District Fisheries officer Abul Kalam Azad said, "The floods in Sunamganj didn’t last long but I think the loss is big, especially in the fisheries sector."

He said, "We're  demanding maximum allocation for 1,21,743 fishermen in Sunamganj from the Tk 50.0 billion stimulus package announced by the government for the affected fish farmers across the country to recoup the losses."