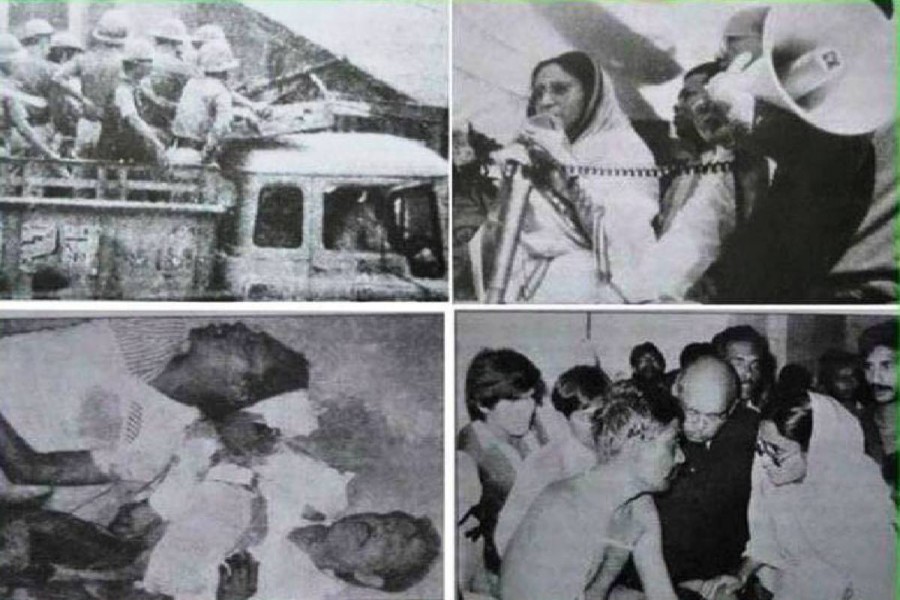 After long 32 years of the gruesome killing of 24 people attending Awami League chief Sheikh Hasina's rally in Chittagong in 1988, a court in the port city on Monday sentenced five people to death in a case over the killing.

The court also sentenced them to 10 years’ imprisonment each in the case.  Each of the convicts was also fined Tk 50,000.

According to the prosecution, Awami League chief Hasina, also the leader of the then alliance of 15 opposition parties, was heading towards Laldighi Maidan in a procession to attend a scheduled rally against the misrule of military dictator Ershad.

Without any provocation, police opened fire on Hasina’s motorcade and the people following it. Hasina survived the attempt on her life but 24 people died in the attack. More than 300 others were also injured.

A case was filed on March 5, 1992 by lawyer Shahidul Huda with the Chittagong Chief Metropolitan Magistrate Court against 46 people, including then police commissioner Kazi Raqibul Huda.