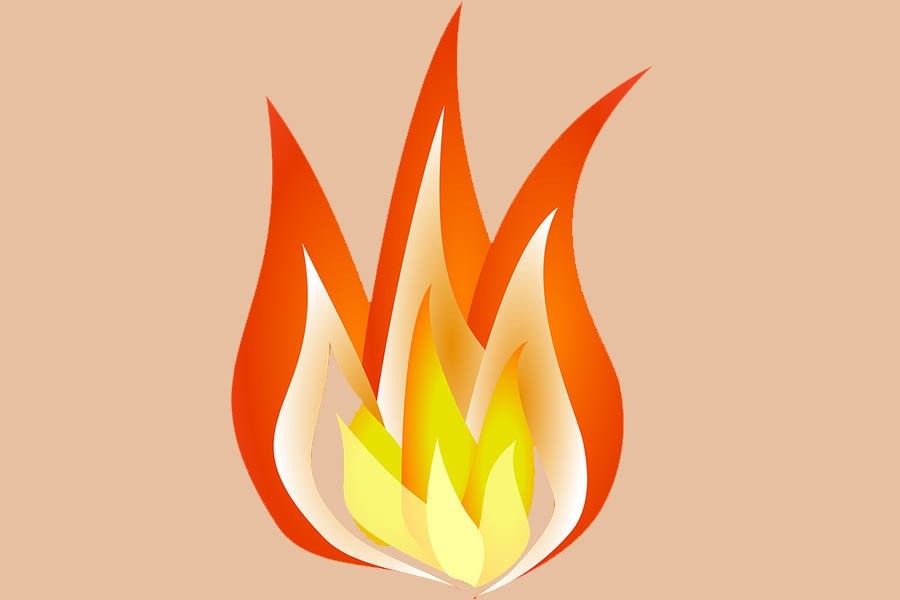 A fire that broke out at ‘Parabat Express’ train in Brahmanbaria district was doused within half an hour on Friday, officials said.

Brahmanbaria Railways Station sources said they found fume emitting from the power car of Sylhet-bound ‘Parabat Express’ train while it was entering the outer signal of the station around 8:30 am.

Later, a firefighting unit went to the spot and extinguished the blaze, reports UNB.

Around 1000 litres of oil and a portion of the engine were gutted in the fire.

A number of passengers got injured while trying to get down from the train hurriedly.