Fakhrul says BNP not enjoying Eid for over a decade 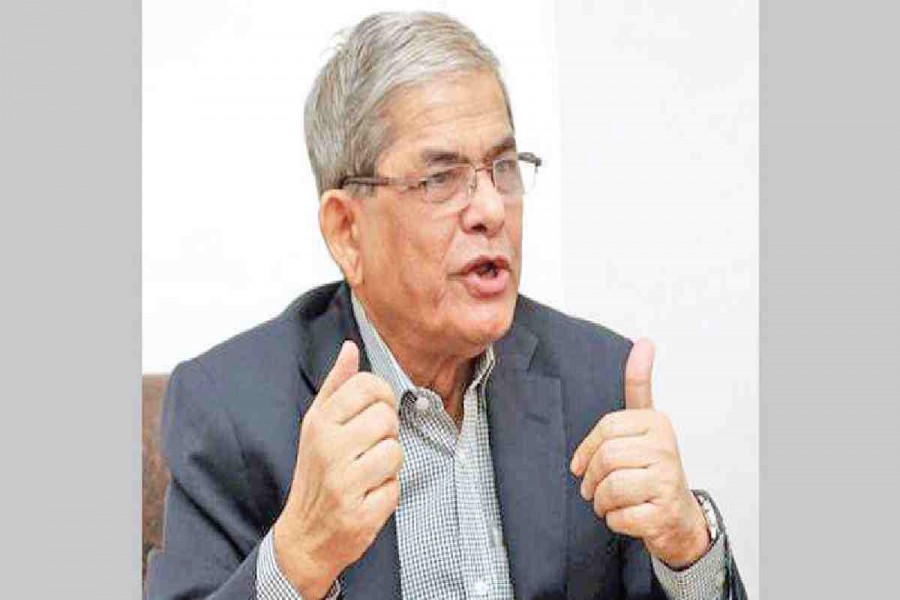 BNP Secretary General Mirza Fakhrul Islam Alamgir on Friday said their party leaders and activists have not been able to feel the joy of eid for a decade as they have been subjected to killing, enforced disappearance and other repressive acts, reports UNB.

“Eid-ul-Fitr is being celebrated today (Friday) through lots of hardship and hard time. On one hand, there’s a dangerous outbreak of Covid and there're serious repressive acts by the fascist government,” he said.

The BNP leader said, “To be honest, we don’t have the joy of eid. Because our leaders and activists have been killed and implicated in false cases. At least our 35 lakh leaders and workers have been made accused (in different cases). Eid never comes to the families of those who are accused of false charges. That’s the reality. "

He made the remarks while talking to reporters after offering fateha at the grave of BNP founder Ziaur Rahman on the occasion of eid.

Describing the current government as a very cruel one, the BNP leader said its repression and suppression is indescribable. “We're going through such a situation.”

Fakhrul said they prayed to Allah for protecting people from the grasp of the ‘monstrous’ government “We also sought his help so that we can defeat fascism together with people.”

Stating that their party chairperson Khaleda Zia has been in jail for three years, he said they get inspiration thinking that she's alive. “With this inspiration, we’ll move forward.”

The BNP leader said Khaleda, who have been undergoing treatment at Evercare Hospital, congratulated the country’s people on the occasion of eid.

He said the health condition of the BNP chief has been improving, but she's not out of risk. “Physicians are hopeful that she’ll recover soon. She urged the country’s people to pray for her.”

Fakhrul criticised the government for what he said enforcing lockdown without any proper plan. "You’ve seen how people are getting confused because of the wrong policies of the government. Even, five people have already died on the way to their homes.”

He said though the government has kept the services of public transport suspended due to the lockdown, passengers’ movement cannot be stopped.  “Such a situation wouldn’t have happened had the lockdown been enforced with proper plans.”