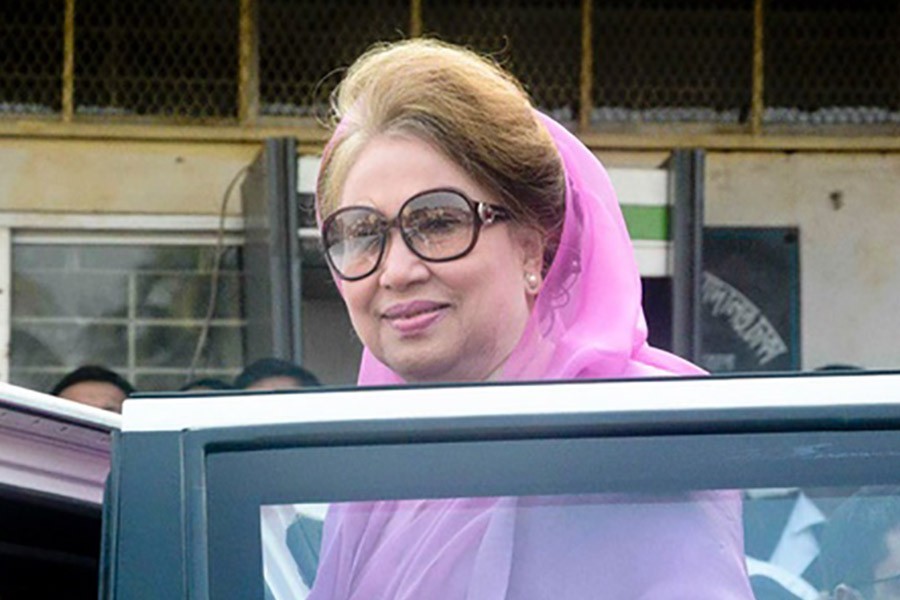 Forty-eight days after her conditional release, BNP Chairperson Khaleda Zia has talked to her party Secretary General Mirza Fakhrul Islam Alamgir and gave him some instructions to strengthen further the party’s relief activities.

Later, the BNP secretary general went to her Gulshan residence around 9pm and had nearly an hour-long meeting with her.

Fakhrul said on Tuesday night that he talked to Khaleda over various issues, including her treatment and the country’s coronavirus situation.

“I informed her about our party’s relief activities to assuage the sufferings of the affected people. She expressed her happiness over our relief efforts, and asked me to encourage party leaders and activists to continue it,” he said.

The BNP leader said Khaleda will be there in quarantine at her Gulshan house until the country gets rid of the coronavirus. “We’ll take the next steps regarding her treatment and other issues when the situation gets normal.”

About the BNP chief’s health condition, he said she is very sick and her condition has not improved yet that much as she has been receiving treatment from her personal physicians.

A leader close to Fakhrul said the BNP chief wanted to know about the party’s relief activities for the needy people amid the coronavirus shutdown.

As Fakhrul appraised her of the matter, she asked him to instruct party leaders and activists to intensify their relief activities across the country further and stand beside the worst affected people as per their ability.

The BNP leader said no one, except Khaled’s relatives, and doctors, is allowed to enter her residence, ‘Firoza’.

On March 25 last, Khaleda was released from jail for six months upon an execute order considering her age and humanitarian ground.

The government passed the executive order for her release on two conditions -- receiving treatment staying at her Gulshan residence and not leaving the country.

Khaleda was sent to Old Dhaka Central Jail after she had been sentenced to five years’ imprisonment by a special court in the Zia Orphanage Trust corruption case on February 8, 2018.