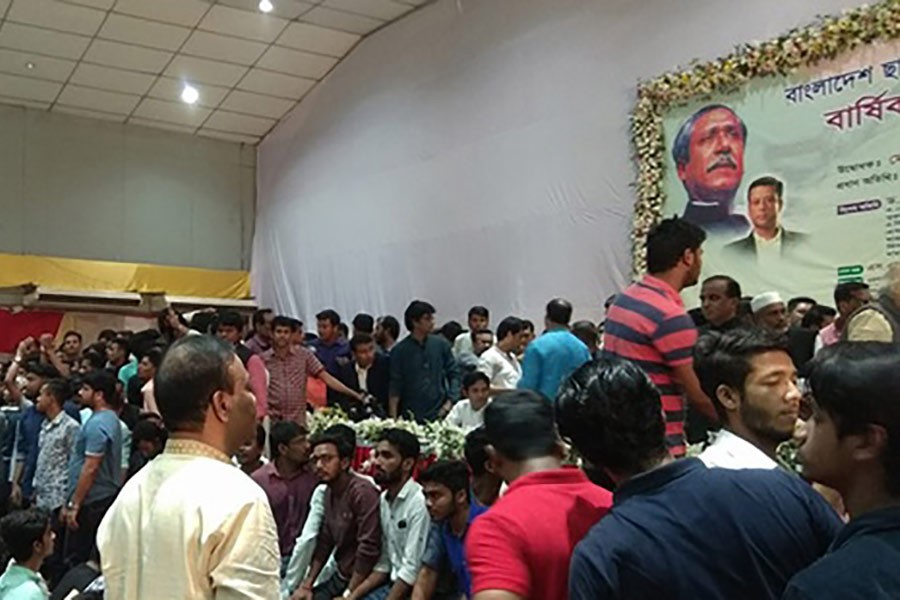 At least 13 activists of both groups were injured in the clash that erupted following a crude bomb explosion near the Institution of Engineers Bangladesh in the port city around 12 noon.

A cocktail went off in the council auditorium when a BCL vice-president was delivering his speech, said Jashim Uddin, officer-in-charge of Chittagong city Kotwali Police Station.

The two rival groups threw chairs and chanted slogans against each other during the incident, witnesses said.

The council session was foiled due to the infighting, the OC said.

UNB said, additional police were deployed in the area to fend off any further unwanted situation, he added.