‘Evaluate other countries’ corona picture before remarking on BD scenario’ 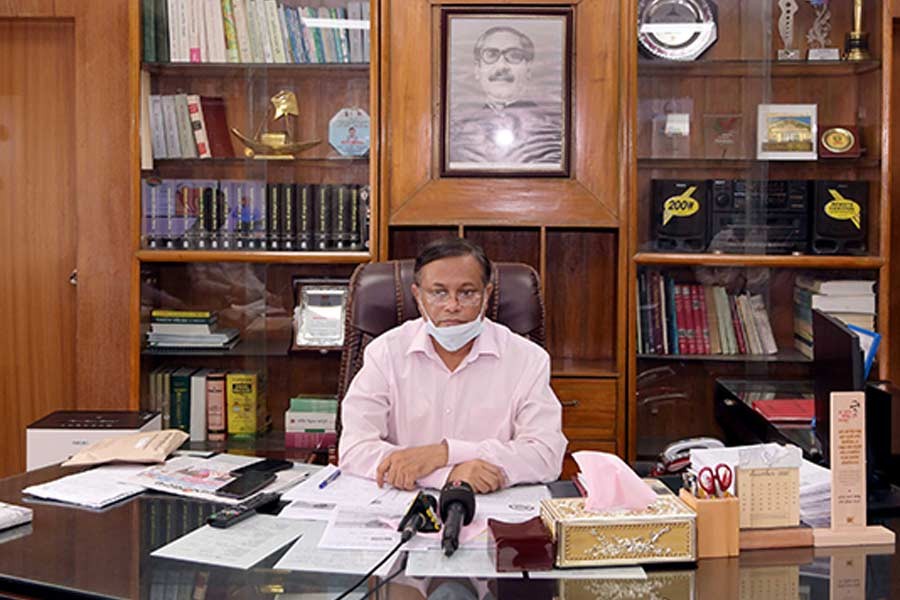 Information Minister Dr Hasan Mahmud on Sunday urged the BNP leaders to look at the prevailing corona situation in Europe, the USA and even in neighbouring India and Pakistan before making any remark about the state of coronavirus pandemic in Bangladesh.

“Only then they (BNP leaders) can realise the corona situation prevailing in Bangladesh,” he said while briefing journalists at his office at Secretariat, reports BSS.

Hasan said, “Leaders of Awami League at different levels and public representatives are distributing relief among the poor people as per the directives of Prime Minister Sheikh Hasina. About 9 million people have received the relief items till last week and I hope the number of beneficiaries will cross 10 million before the ensuing Eid.”

Contrary to AL’s countrywide relief distribution activities, he said, the BNP leaders are seen busy with posing for photo sessions and criticizing the government’s humanitarian works.

He said the government under the supervision of Prime Minister Sheikh Hasina is taking different steps to protect the countrymen from the Coronavirus. The people are also being informed about the situation regularly while the capability of treating corona patients, including number of tests and specialised hospitals, is being increased in phases.

He said traditional politics it is not desirable in the present situation.

It is seen different political parties in other countries have come forward to cooperate their respective governments, he said, adding even in India, opposition Congress president Sonia Gandhi appreciated the Indian government’s works and gave a letter offering to cooperate the government in combating Coronavirus.

But, the information minister said, BNP and many leaders of their alliance have failed to do that. Even, many political leaders didn’t give any support to common people in this situation while other BNP leaders are busy with photo sessions, he added.

Replying to a query about some recent comments of seven ambassadors, including the USA and European Union, on the internal matter of Bangladesh, Hasan said the foreign minister has already given his reaction about their comments.

He said the ambassadors have talked about different issues, including media and human rights. “I think they rather need to talk about and solve their own problems as questions are being raised in global community about the state of human rights in their countries, especially in the USA and even in the European countries.”

Hasan said, “Bangladesh is an independent and sovereign country. And it is out of political courtesy for any ambassador to talk about our country’s internal affairs.”