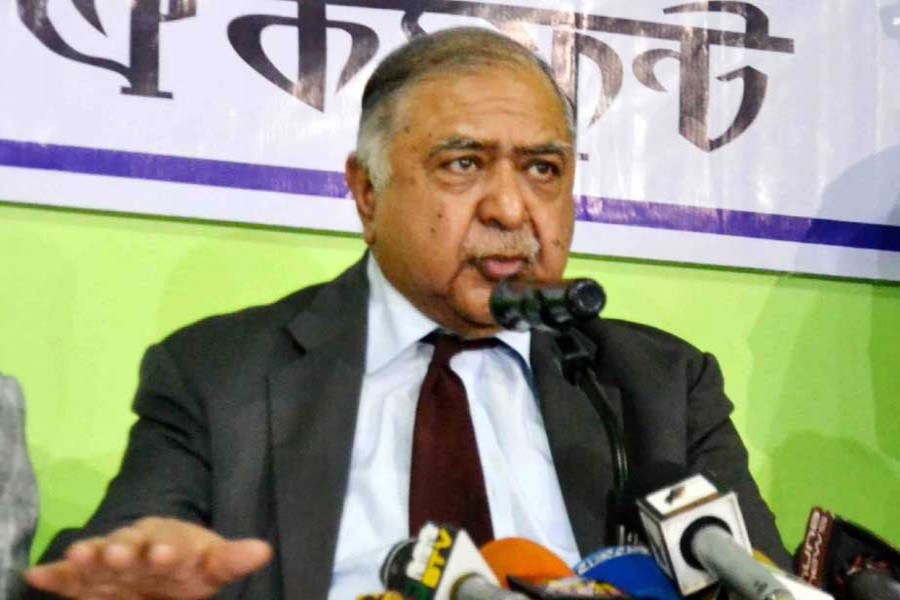 Welcoming the decision to deploy the Armed Forces from Monday across the country, Jatiya Oikyafront Chief Dr Kamal Hossain on Sunday said they must create a level-playing field for all the parties and play a positive role.

In a statement, he also said, “We hope this deployment will create a congenial electoral environment, which is missing so far.”

Dr Kamal said they also expected that the Armed Forces will not stand against the interest of people or seek to implement the agenda of an individual or a group of people.

On December 13, the Election Commission decided that members of the armed forces will be deployed as the striking force for 10 days from December 24 in the forthcoming national election.

EC officials said over 700,000 security men alongside the armed forces members will be there in the field on the voting day, reports UNB.

Meanwhile, a total of 1,016 platoons of Border Guard Bangladesh (BGB) forces were deployed across Bangladesh on December 18 to maintain law and order.