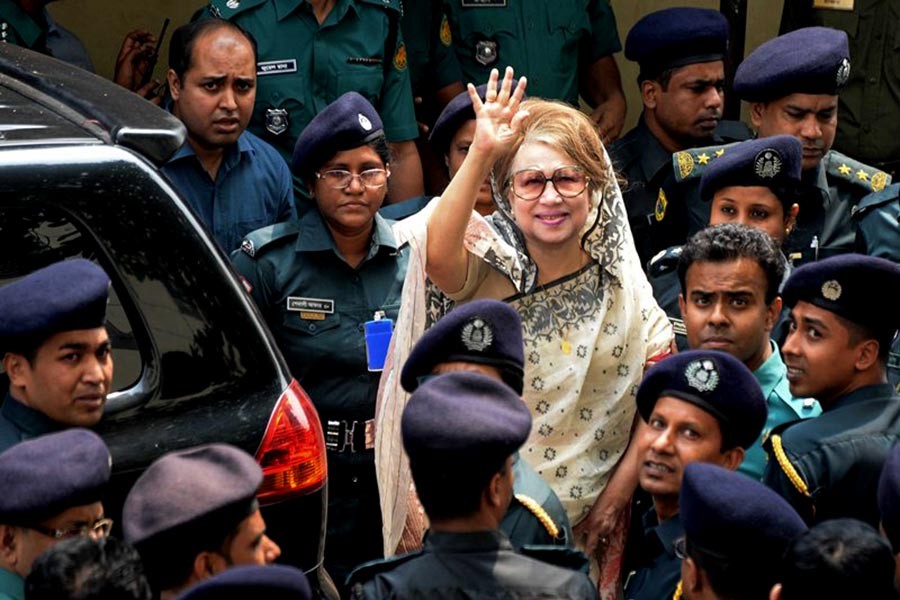 The BNP leader made the demand after meeting the party's imprisoned chairperson Khaleda Zia at old Dhaka central jail on Nazimuddin Road in the capital on Saturday afternoon.

The three leaders arrived at the prison 3:30pm. An official opened the gates for them after they waited 20 minutes.

Mirza Fakhrul Islam Alamgir talked to the reporters in front of the jail after meeting Khaleda.

The three leaders had previously gone to visit Khaleda on April 19, but the prison authorities kept them waiting for 15 minutes before telling them that they could not meet with her.

Mirza Fakhrul had previously met Khaleda alone on Feb 8. The next day she was taken to BSMMU for an X-ray scan.

BNP leaders have said two of Khaleda’s doctors visited her in prison on Wednesday.

Khaleda, a 73-year-old former prime minister, was taken to the old central jail minutes after the verdict had been delivered.