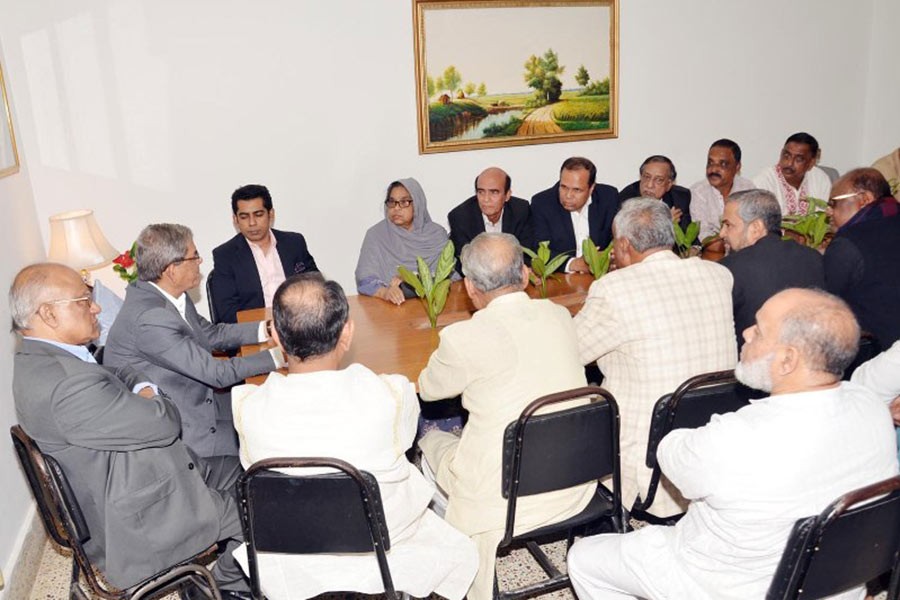 The opposition Bangladesh Nationalist Party and its allies are expected to announce its decision in two days on whether it will join the 11th parliamentary election.

“We have discussed the election and the overall political situation. We have not yet determined whether to go to the polls or not. A decision will come in two days,” Liberal Democratic Party President Oli Ahmed, an ally of the BNP-led group, said after the meeting.

The BNP will also discuss the issue with the Jatiya Oikya Front, a newly floated antigovernment alliance at the same venue.

The Jatiya Oikya Front will also decide on its next course of action to press home its demands, including formation of a neutral election-time government and deployment of army with magisterial power during the election.

The election will be held on Dec 23, Chief Election Commissioner KM Nurul Huda said on Thursday.

The polls schedule came despite the Jatiya Oikya Front’s repeated requests not to declare the roadmap before resolving the crisis over the election.

The deadline for filing nominations is Nov 19 Returning officers will scrutinise the nomination papers on Nov 22 and the final date for withdrawing candidacy is Nov 29, according to the schedule.

Minister for ensuring relief to everyone on list of recipients

How Bangladeshis were killed in Libya