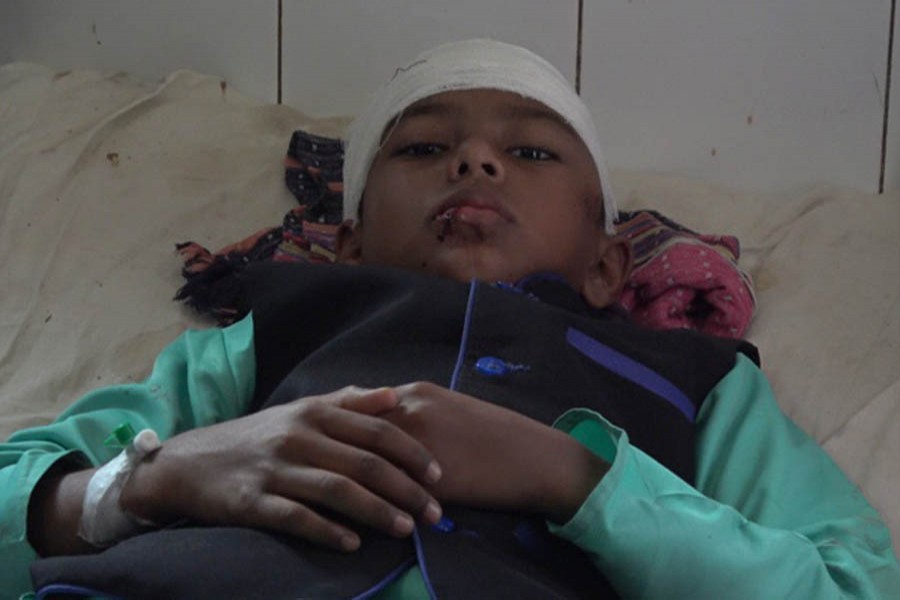 Eight people, including four children, were injured in a collision between two launches on the Meghna River in Chandpur district.

The incident, involving a Dhaka-bound MV Aulad-4 and a Pirojpur-bound MV Tipu-12, took place at Chandpur's Alur Bazar around 11:00 pm on Thursday.

Among them, Mohiuddin was taken to Dhaka Medical College Hospital (DMCH) for treatment while the others were admitted to Chandpur General Hospital.

Chandpur General Hospital's resident physician Asibul Hasan said, "The injured were brought to the hospital at around 1:30 am on Friday and were given immediate medical attention.

However, Mohiuddin was taken to Dhaka for advanced treatment after his condition deteriorated."

The others are out of danger, he added.

"The front end of MV Aulad was damaged in the collision, which left eight passengers injured. The victims were later taken to Chandpur on a trawler," said Ruhul Amin, the MV Aulad's supervisor at the Chandpur launch terminal.

Police and fire service personnel rushed to the Chandpur launch terminal after being informed of the incident, said Sub-Inspector Iliyas of Chandpur River Police. The two vessels did not heed requests to dock as they proceeded to their respective destinations shortly after the collision.