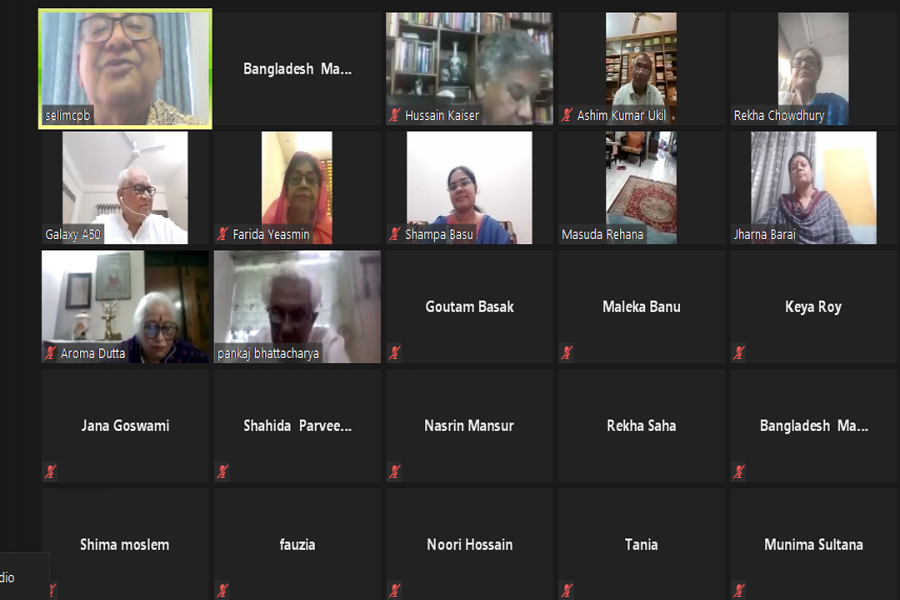 Speakers at a meeting of Bangladesh Mahila Parisad (BMP) sharply reacted at a move of Election Commission (EC) to propose amendment of 33 per cent female participation in political parties terming it ‘conspiracy’.

When the country is gripped with coronavirus pandemic, they charged the EC based on what constitutional rights they have proposed the change in the provision of representation of people order (RPO).

They also asked the EC to give clear answer which parities they consulted to go for the move.

The BMP organised the Zoom meeting on Saturday on an emergency basis after the EC proposed to withdraw 33 per cent provision of representation in different committees in political parties recommending to enact new law of RPO.

Election Commission has posted on its website the bill proposed to withdraw all the provisions regarding registration of political parties with the commission under the RPO 1972 proposing to enact a new law.

Mujahidul Islam Selim said the rules of RPO has been prepared based on discussions with political parties, and raised question why the proposal of amendment is raised during the corona crisis time.

He laid importance on making the provision functional than withdrawal.

Aroma Dutta charged the EC about the legitimacy of its move and asked which parties among 38 functional registered political parties they have consulted with.

Shakhawat Hossain said 33 per cent female representation in the committees of the political parties was introduced giving time for parties  until 2020 to keep space for developing women leadership.

But he also expressed his astonishment at the move of repealing the provision when time shows increase of representation in the political parties.

Farida Yeasmin raised question about the move when six month validity of the provision still exist and demanded to form monitoring cell to review party scenario and formulate road map for proper implementation of the provision.

Shampa Basu said when the demand has been raised to find the reasons behind the women’s less representation after reviewing political parties, this move would put them behind in achieving political empowerment in real sense.

Fauzia Moslem demanded continuation of the provision of 33 per cent as scope of discussion during corona situation has been limited.

Maleka Begum said the provision has been introduced after a long movement creating a hope of light among women who wanted to take them in the leadership position in the political parties. As a result of which, a good number of females are now found at local and national level though they are lagging behind the target of 33 per cent.