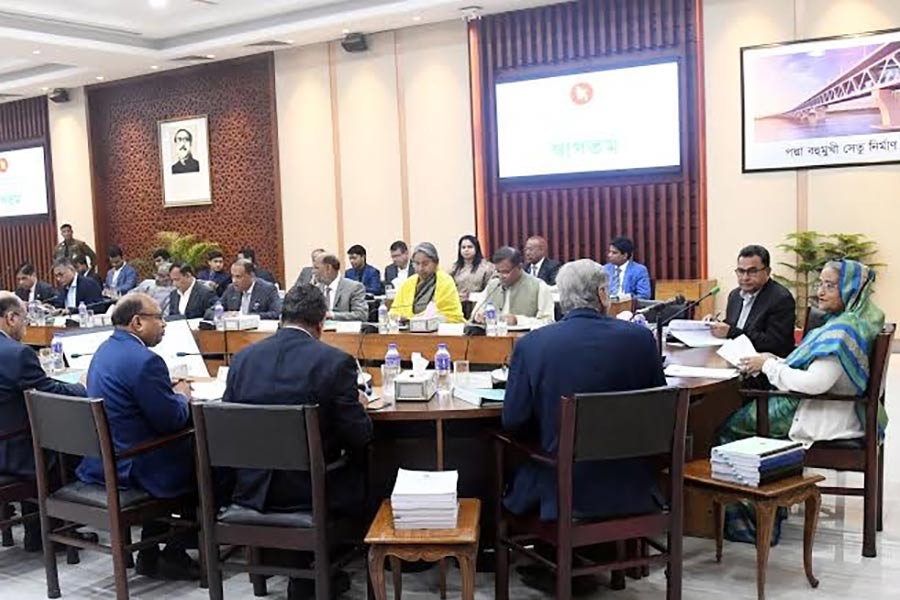 The government has initiated a project to upgrade the Hatirjheel-Rampura Bridge-Banasri-Shekherjaiga-Amulia-Demra highway into four lane one.

The Executive Committee of the National Economic Council (ECNEC) on Tuesday approved a Taka 12.096 billion project to complete necessary land acquisition and rehabilitation works for the upgradation.

The approval came from a meeting of the ECNEC held at the NEC Conference Room in the city’s Sher-e-Bangla Nagar area with ECNEC Chairperson and Prime Minister Sheikh Hasina in the chair.

Briefing the reporters after the meeting, Planning Minister MA Mannan said the Department of Roads and Highways under the Road Transport and Highway’s Division will implement the project by December 2024 which will support the upgradation of this highway into four-lane.

Mannan said this is a supporting project and once the main project works of upgrading the 13.50 kilometres highway including Chattogram Road Circle and Tarabo Link Road is completed under Public-Private-Partnership (PPP) initiative, people traveling from and to Chattogram and Sylhet from the capital would be benefitted with easier travel alongside smoother goods transportation.

The main project operations include some 25.47 hectares of land acquisition, compensation and rehabilitation alongside other necessary consultancy and procurement works.

A total of nine projects were approved on Tuesday involving an overall estimated cost of Taka 43.25 billion.

“Of the total project cost, Taka 42.49 billion will come from the government of Bangladesh portion, Taka 56.8 million from the concerned organisation’s own fund while the rest of Taka 698.4 million as project assistance,” he said.

Out of the approved nine projects, eight are new while another one is a revised project.

The day’s ECNEC meeting also approved a project for conducting dredging at Mongla Port Channel with an estimated cost of Taka 7.94 billion in a bid to turn this port into an international one.

The main objective of the project is to ensure necessary depth for handling capacity of ships having 9.5 to 10 metre draft at Mongla Port Jetty.

The Planning Minister said once this project is implemented, it would help to boost the capacity of Mongla Port to a big extent and thus meeting its growing demand for handling containers.

Referring to the approval of procurement of necessary vehicles and equipments for Rangpur City Corporation with Taka 1.14 billion , Mannan said Prime Minister Sheikh Hasina in the meeting asked the authorities concerned including the Mayor of Rangpur City Corporation to ensure proper utilisation of these proposed vehicles, machineries and equipments.

The Premier also renewed her directive to conduct necessary dredging in the river channels side by side maintaining austerity in the use of water.

Ministers and State Ministers attended the meeting while Planning Commission members and secretaries concerned were present.