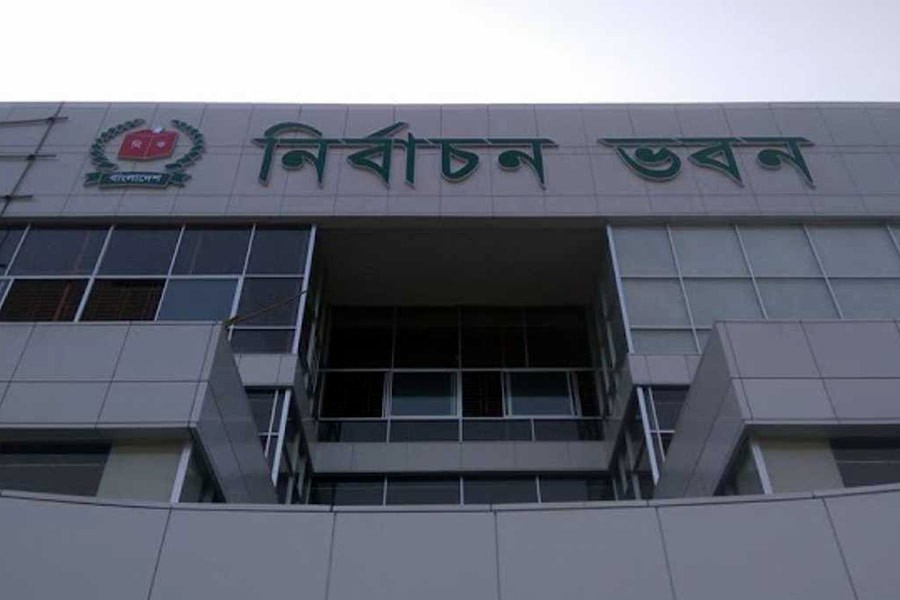 The election commission has banned the use of laminated posters in the campaign of the upcoming Dhaka 10 by-polls.

The EC met the candidates of Dhaka-10 by-polls on Sunday to reach an agreement on reducing election-time pollution. The candidates supported the EC proposal to stop the use of laminated posters, reports bdnews24.com.

Chief Election Commissioner KM Nurul Huda announced the decision after the candidates agreed to it. The contestants can set up an office in each ward and use the microphone only in those offices, Huda said.

“Posters can be hung on 21 places fixed by the EC and in the offices set up in each ward. The candidates cannot hang posters in other places like streets or lanes. No laminated posters can be used,” said the CEC.

Each party can bring out five processions, said Huda, adding that no public meeting is allowed in the by-polls.

“We’ll add these new rules to the election code of conduct at the national level,” Huda said.

The use of laminated posters and noise pollution due to loud campaigns were a subject of criticism during the recent Dhaka city election.