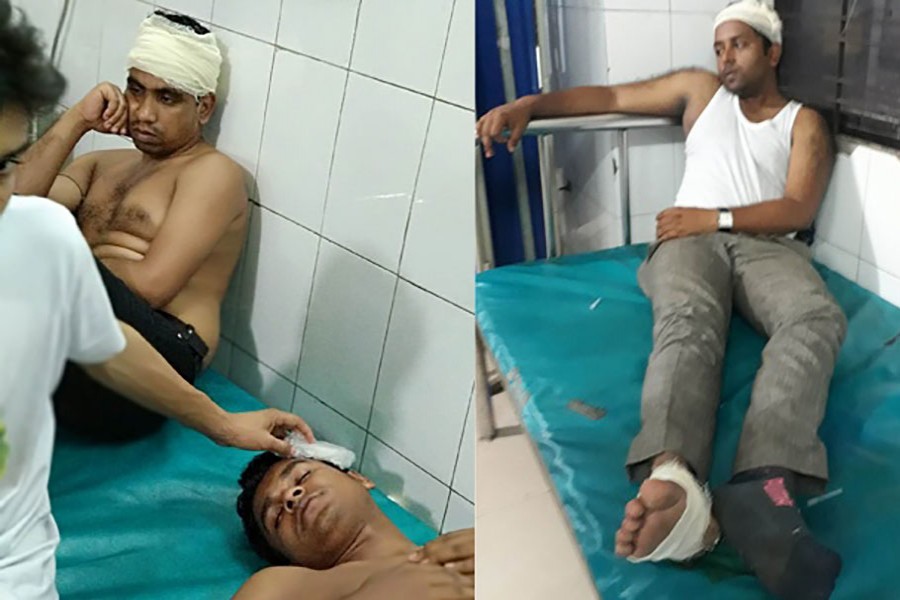 Six leaders and activists of Bangladesh Chhatra League (BCL) have been injured in a factional clash on the Dhaka University campus over their upcoming national council.

The injured BCL members alleged they were attacked on Monday in the presence of the president of the organisation, Saifur Rahman Sohag.

They are being treated at the Dhaka Medical College Hospital, reports bdnews24.

Witnesses said 15 to 20 leaders and activists of BCL, led by Vice President Arefin Siddique Sujan, stopped Sohag and asked him about the quota reform protests and preparations for the council when the BCL president was leaving Madhu’s Canteen.

When Nishu said the organisation should take actions against those who were still in the movement for reforms to the quota system in government jobs, Sohag and the others with the BCL president became angry, the witnesses said.

Sujan said Arifur Rahman Limon, another vice president, came forward and ordered the others to attack the 'opponents'.

BCL General Secretary SM Jakir Hossain declined to comment on the incident. “It’s an internal matter of our organisation,” he said.