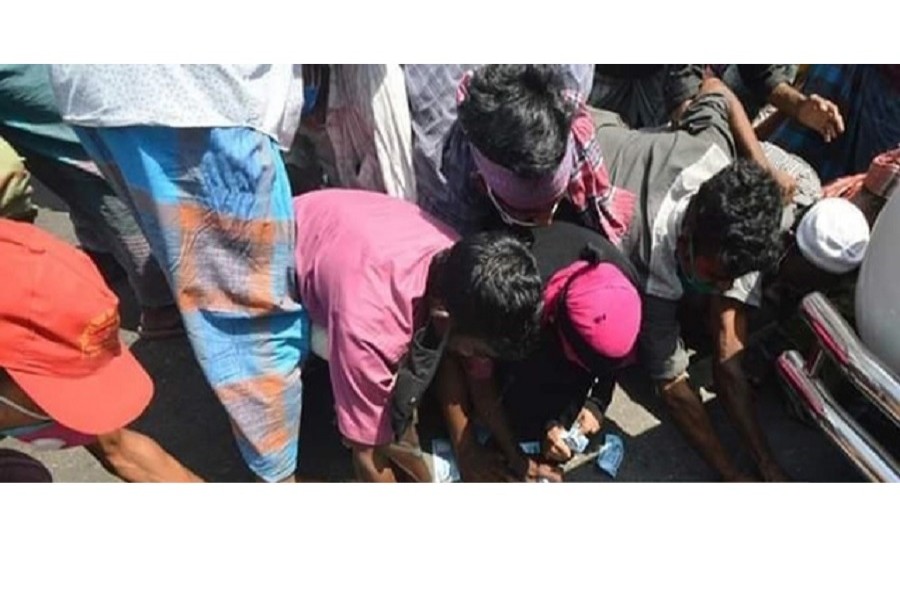 The chief executive officer of Dhaka South City Corporation (DSCC) has come under heavy criticism after sprinkling money towards people seeking aid a week into the general holidays due to the coronavirus.

As part of a DSCC initiative amid the shutdown to halt the spread of the pandemic, CEO Shah Md Imdadul Haque went to the capital’s Science Laboratory locality to provide aid to the poor people on Tuesday.

The crowd grew larger and stumbled over onto Imdadul and he got into his car to avoid the gathering, reports bdnews24.com.

People surrounded his car and he threw cash into the air. This created a rush among the aid-seeking crowd as they all scrambled to gather the scattered money.

The government has announced nationwide general holidays as a preventive measure against the outbreak of the virus, leaving a great number of people jobless. Dhaka South City Corporation took steps to provide aid to the people who have seen their income stream dry up.

Imdadul’s actions were subject to heavy criticism on social media.