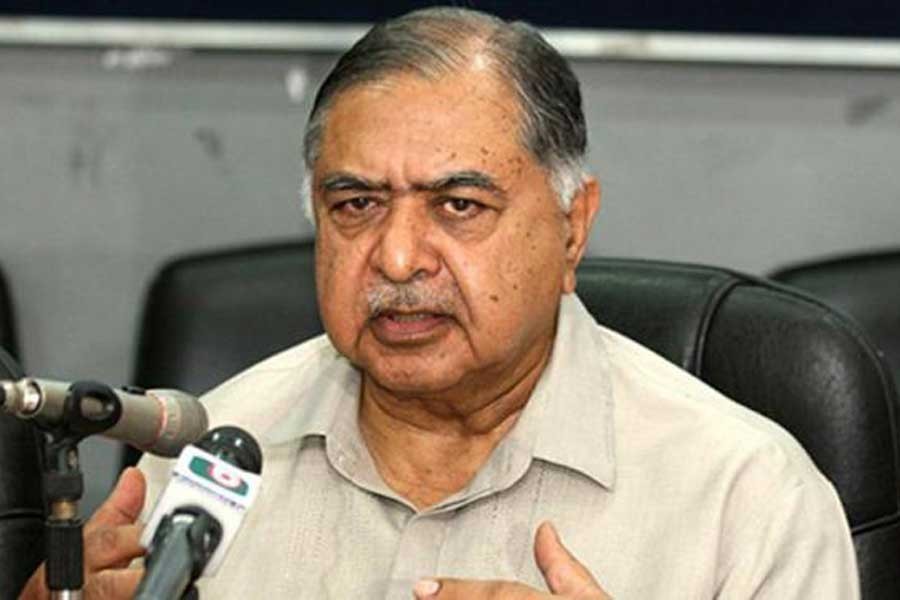 Renewing the demand for holding the next national election under a non-party government, Gonoforum President Dr Kamal Hossain said there is a possibility to revive Jatiya Oikyafront, an electoral alliance with BNP, to force the government to meet their demand.

"We strongly demand that the next parliamentary election be held under a non-party government as we saw in the past it couldn't be held in a fair and credible manner under a partisan government," he said.

Speaking at a press conference at a city hotel, Dr Kamal said they have a bitter experience of general elections under a partisan government. "We can expect to get a free and fair election if it's held under a non-partisan government."

The Gonoforum chief said they are placing the demand for a polls-time impartial government to bring the issue to the limelight afresh. "We'll work out our action programmes to realise it in the days to come."

Replying to a question, Dr Kamal said a crisis will be created and a strong movement will be waged if the government does not accept their demand.

Dr Kamal said though Jatiya Oikyafront -- formed before the 2018 national election -- has become an inactive platform, it still has the potential to rejuvenate.

"In that sense, now Oikyafront doesn't have any existence, but there's a scope to revive it, extend it, or to get united afresh," he said.

The Gonoforum President said they will sit for discussions on reviving the Oikyafront and take a decision on it later.

The alliance took part in the December-30 national election using BNP's election symbol, the Sheaf of Paddy, but got only eight seats -- BNP six and Gonoforum two.

On July 18, 2019, Kader Siddiqui's party left the alliance as it became inactive after the 11th parliamentary election.

Dr Kamal said it is better to constitute the new Election Commission by enacting a law instead of forming it through a search committee. "The search committee can't be neutral if it's not constituted with impartial persons."

He also said enacting any law will be meaningless if it is breached. "Overall, I think a good and honest intention is necessary to form a neutral election commission."

Dr Kamal voiced concern as the prices of all essentials have increased following the hike in diesel price and transport costs. "The price of every item shouldn't be so high due to the increase in the diesel price. The prices of daily essentials are going beyond the buying capacity of common people. We think it's unjustified."

He urged the government to take steps for lowering the prices of essential items.

The Gonoforum chief also said they had a plan to hold their party's council on December 4, but they may arrange it at the end of January.