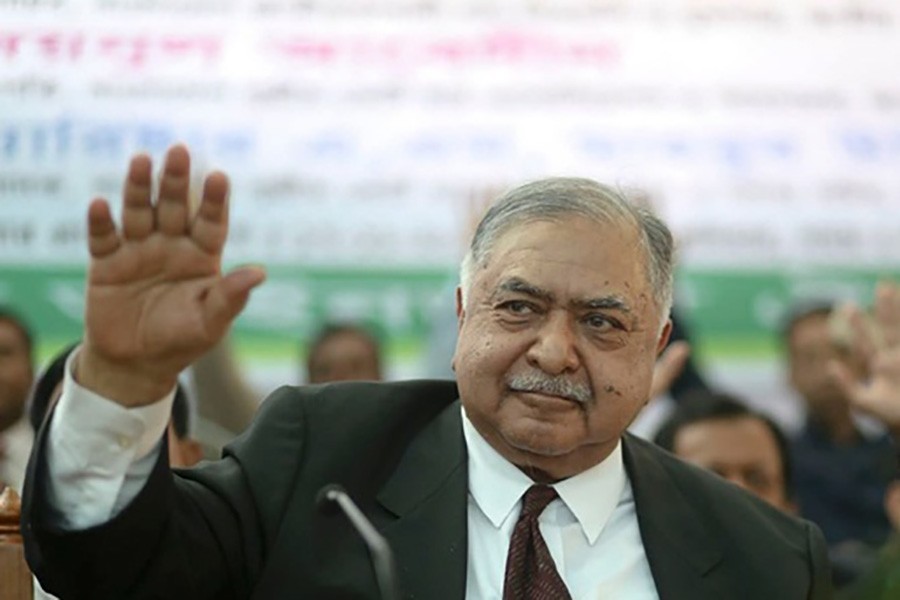 Jatiya Oikyafront, led by Dr Kamal Hossain, formally flagged off its election campaign in Sylhet on Wednesday through offering fateha at the shrine of Hazrat Shahjalal (R).

Later, they offered fateha and at the shrine of Shah Paran and conducted electioneering in the city in favour of 'Sheaf of Paddy', according to UNB.

Talking to reporters after offering fateha at the shrine of Hazrat Shahjalal (R), Dr Kamal said the country's people will not get back their ownership of the country if the election is not held in a credible manner.

"Independence becomes meaningless if people lose their ownership of the country. Ensuring fair election is one of the goals of the independence," he observed.

Dr Kamal criticised the government for what he said continued arrest of the leaders and activists of Oikyafront. "It's not a sign of a fair election at all."

He, however, said they will be there in the election race till the last and force the government to hold a fair election together with people.

The Oikyafront chief urged people to go to the polling stations to cast their votes on December 30. "You'll have to guard voting centres to prevent irregularities and manipulation."

Several thousand leaders and activists of BNP and its alliance partners thronged the shrine of Hazrat Shahjalal (R) and its adjoining areas by 1pm.

However, Dr Kamal and the Oikyafront leaders arrived at Sylhet Osmani International Airport around 4:10 pm from Dhaka.

Meanwhile, police did not allow the Oikyafront leaders to use loudspeakers on the shrine premise as the alliance leaders did not take prior permission to do that.

The law enforcers also seized the chairs and tables brought by the alliance leaders to the shrine premises on the same ground.