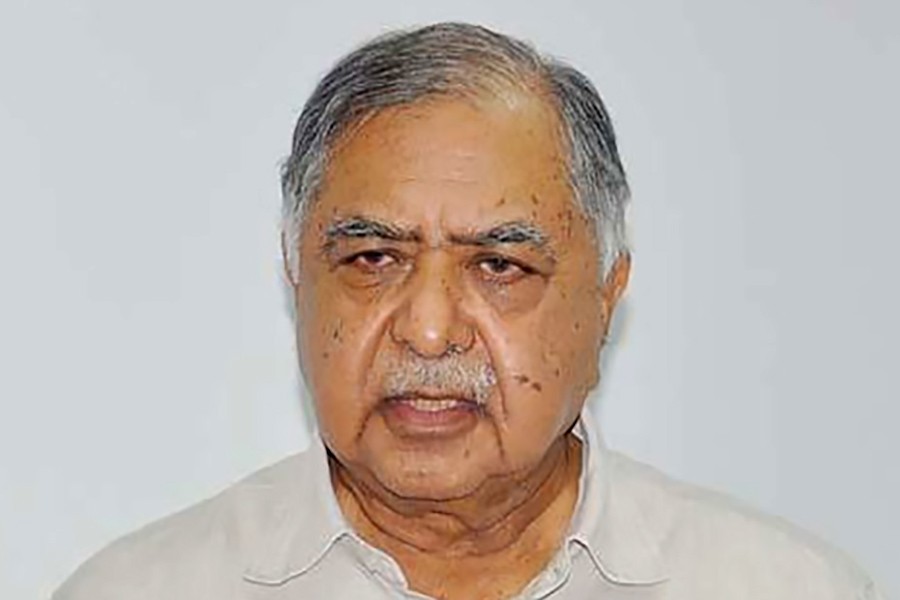 Gono Forum President Dr Kamal Hossain has dissolved the central committee of the party amid a deepening conflict among party leaders.

Dr Kamal and took the decision exercising the power he was given by party councillors at its special council held on April 26 last year, reports UNB quoting a press release on Wednesday.

He also formed a new central convening committee with him as president and Dr Reza Kibria as general secretary to carry out the party’s all political and organizational duties until its next national council is held.

The names of other members of the convening committee will be announced by this month, and it will be able to exercise all the rights enshrined in the party charter for the central committee.

However, the party’s all committees of district, thana/upazila, municipality/union and ward will remain intact, the press release said.

The conflict among the party’s some leaders took a serious turn as two groups expelled each other from the party by issuing press releases without the sign of Dr Kamal.

Instead of forming subject committees, he said, 3-4 central leaders formed the central committee and took the approval of the president which created an organisational stalemate without bringing dynamism in it.

Kamal also said lack of organisational discipline has become visible due to ‘irresponsible’ attitude of some party leaders.

Under the circumstances, he said, he was forced to dissolve the central committee.