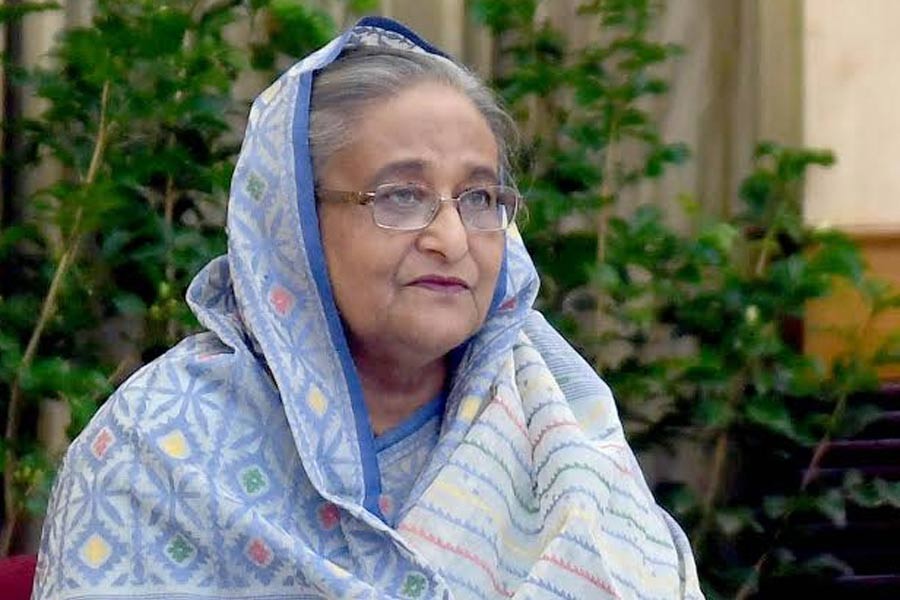 Prime Minister Sheikh Hasina has called upon the people not to worry and remain prepared to face any situation in the wake of the outbreak of coronavirus across the globe.

“I’ll tell all that they shouldn’t worry, rather they’ll have to remain prepared for tackling any situation that has risen due to outbreak of the novel coronavirus,” she said.

The prime minister came up with the statement while receiving donation for her relief and welfare fund from various government and private organisations through a videoconference from her official Ganabhaban residence in Dhaka on Sunday afternoon, reports BSS.

She also said it is very much necessary to reach foods to the day-labourers and working class people during this crisis period.

Sheikh Hasina added: “We’ve to take measures in such a way that we can protect every person of the country (from the deadly disease).”

Sheikh Hasina said: “The Bangalee nation was never defeated (in past) and will also not be beaten (in future). We’ll have to move with such self-confidence.”

The prime minister said Father of the Nation Bangabandhu Sheikh Mujibur Rahman had liberated the country. “We triumphed in the liberation war by taking arms in our hands responding to his call,” she added.

She went on saying: “We’re a victorious nation and we believe that we’ve courage and strength to face any disaster.”