“Don’t do dirty politics with disaster”, Minister to BNP 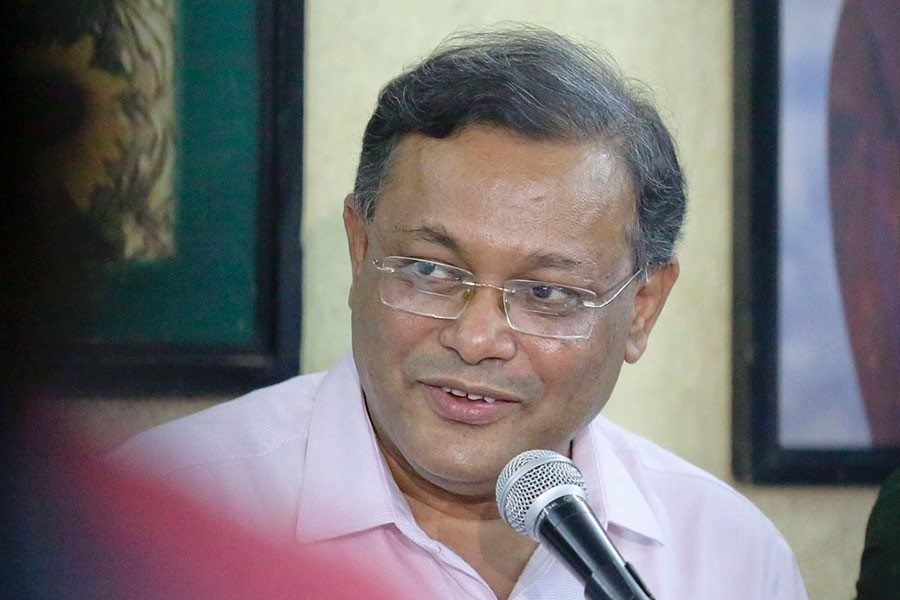 Information Minister Dr Hasan Mahmud Friday urged BNP to stand beside people during natural disasters and not to do dirty politics with the disasters.

“BNP always do ill and dirty politics with disasters. The comments of the BNP secretary general reveal it,” he told reporters at Awami League President’s Dhanmondi Political Office here before a meeting of AL Publicity and Publication Sub-Committee.

Noting that Prime Minister Sheikh Hasina is monitoring the cyclone-situation in the country, Hasan said the government and administration have already taken all-out preparation to address the cyclone Fani, reports BSS.

He said Awami League constituted a team and AL Publicity and Publication Sub-Committee held a meeting to face the disaster situation, adding the party’s disaster and relief sub-committee has also taken preparation to deal with the cyclone.

The country’s people did not forget the role of BNP during the 1991 cyclone, which claimed the lives of over 200,000 people, he said, adding that many aircrafts of Air Force and ships of Navy were destroyed that time due to lack of their proper decision.

That time, BNP leader Khaleda Zia made mockery over the 1991 cyclone, but Miza Fakhrul forget it, he said.

“Look at yourself in the minor. We have taken programmes to face Fani and you (BNP) also should stand by people,” Hasan said.

Replying to a question, the information minister said, AL general secretary Obaidul Quader, who is now in Singapore for treatment, will return home soon in consultations with doctors and Prime Minister Sheikh Hasina.

AL Publicity and Publication Sub-Committee secretary Aminul Islam Amin, among others, was present.