Jubo League expels him after the arrest 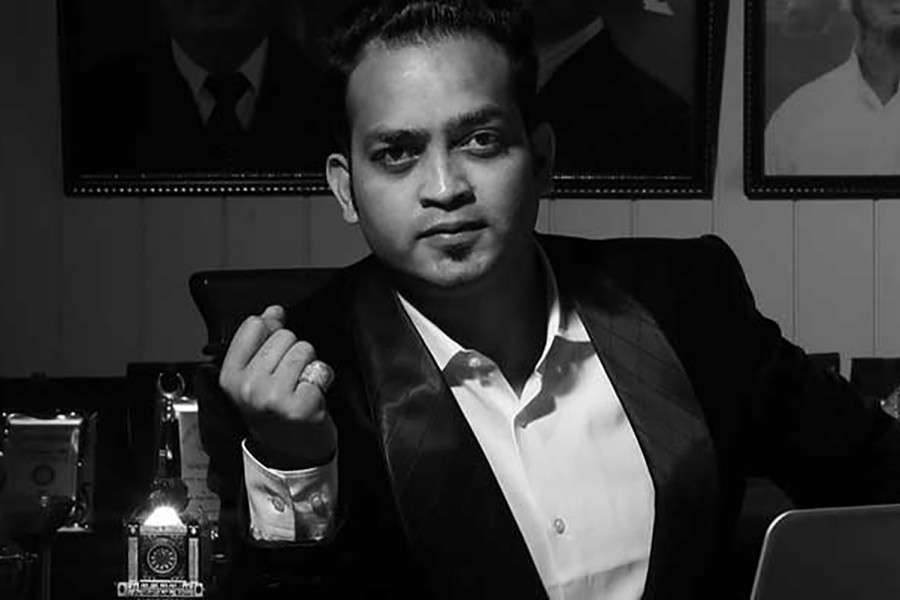 The Rapid Action Battalion (RAB) has arrested Tarequzzaman Rajib, the councillor of ward No. 33 under Dhaka North City Corporation (DNCC), on allegations of extortion and encroachment by terrorising people.

Immediately after his arrest in a raid on a house in Dhaka’s Bashundhara residential area on Saturday night, Jubo League expelled him as a joint general secretary of its Dhaka Metropolitan North unit.

Rajib went into hiding after the government launched a crackdown on illegal casinos last month. A number of people, mostly ruling Awami League’s youth affiliate Jubo League, have been arrested and allegations of extortion, contract-grabbing and running illegal gambling business against them have surfaced, reports bdnews24.

The elite police unit, acting on a tip-off, surrounded the House No 404 on Road No 8 in the area on Saturday evening, a RAB spokesman said.

RAB personnel came out of the house with Rajib around 1:15am on Sunday.

The RAB had said it would conduct drives on his home at Mohammadia Housing Society and office at Mohammadpur in the wee hours.

RAB Media Wing Director Sarwar Bin Quasem told reporters that Rajib hid in a flat owned by one of his friends, a Bangladeshi expatriate in the US.

The RAB seized a foreign pistol, three rounds of bullets, seven bottles of foreign liquor, and Tk 33,000 in the raid on the seventh-floor flat.

Rajib was alone in the flat and the raid was conducted without any trouble, RAB Executive Magistrate Sarwoer Alam said.

Jubo League General Secretary Harunur Rashid said the organisation expelled him following its promise that it will expel anyone arrested on corruption or other charges in the ongoing crackdown.

Earlier, the RAB said in a text message that the drive on the house was part of a government crackdown launched last month through drives on illegal casinos in sporting clubs.

The RAB has recently arrested another councillor of a Mohammadpur ward, Habibur Rahman Mizan, in Srimangal with a gun and ammunition while he was trying to flee to India.

Fixed deposit receipt (FDR) savings worth Tk 10 million was seized in a raid on his home later.

Sayeed is a joint secretary general of Dhaka South Jubo League, a unit of the ruling party’s youth front embroiled in allegations of involvement of its leaders in illegal casino operations in sporting clubs.

The unit’s President Ismail Hossain Chowdhury Samrat, Vice-President Enamul Hoque Arman and Organising Secretary Khaled Mahmud Bhuiyan have been expelled by the organisation over their alleged links to the casinos.