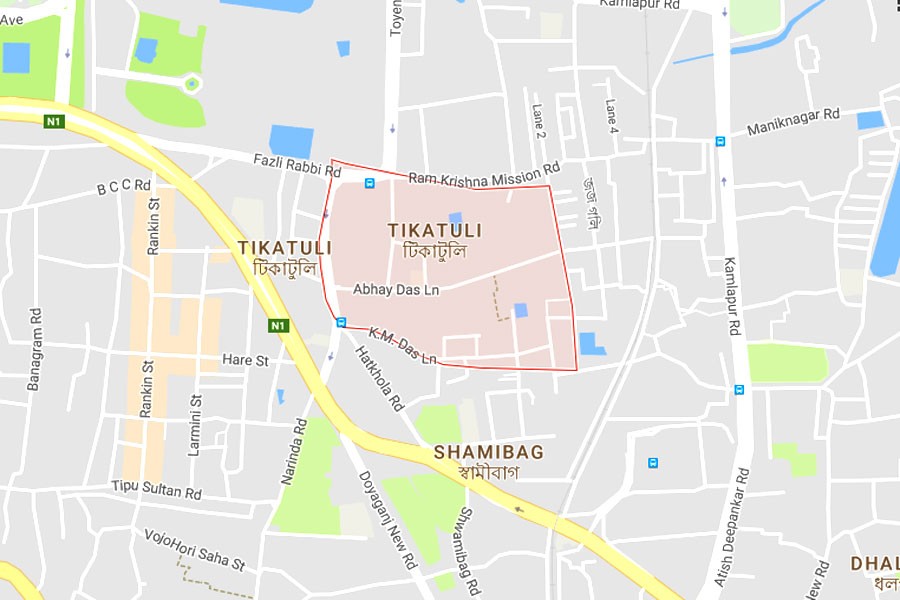 A student of Daffodil International University (DIU) was stabbed to death reportedly by a gang of muggers at Tikatuli area in the city on Sunday morning.

The deceased, identified as Abu Talha (22) was the son of Nuruddin, a second year student of Computer Science and Engineering (CSE) department of DIU, the resident of KM Das Lane of Tikatuli.

The incident occurred around 6:30 am at KM Das Lane when the attackers attempted to mug Talha by snatching away his mobile phone and wallet, according to witnesses.

As Talha tired to obstruct them, the muggers stabbed him indiscriminately with sharp weapons, leaving the DIU student injured severely, reports UNB.

Later, Talha was taken to Dhaka Medical College Hospital (DMCH) where he succumbed to his injuries around 8:30 am, said DMCH Police Camp in-charge sub-inspector Bacchu Miah.