Directives given for quick disposal of the case: PM to Abrar’s family 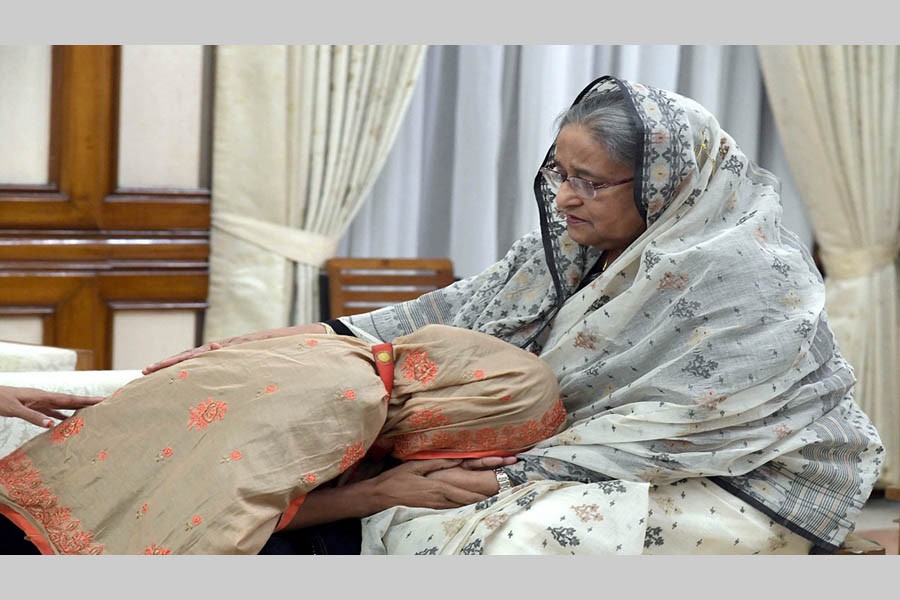 Prime Minister Sheikh Hasina on Monday said she has directed the Law Minister to find ways for quick disposal of the Abrar Fahad murder case.

"I’ve already asked the Law Minister to find out a way for the quick disposal of the case (Abrar Fahad killing)," she said.

The Prime Minister said this while the family members of Abrar Fahad met her at her official residence Ganobhaban, reports UNB.

Abrar's Father Barkat Ullah and mother Rokeya Khatun expressed their profound gratitude to the Prime Minister as she is dealing with the matter like that of a mother.

They also expressed gratitude to the administration, police and the people of the country for their all-out support and cooperation.

The Prime Minister said she does not have the words to console them as what they have lost. "Please look at me, I’ve lost everything in just one night, I understand the pain of losing close ones."

Hasina said the killers are not human beings. "How they could kill a person with whom they were sitting and studying [every day]!" she said.

After the incident, the Prime Minister said, police personnel were directed to collect the CCTV footage. "But it’s not clear to me why some of the BUET students created obstacles towards collection of the footage," she said.

PM's press secretary Ihsanul Karim said that on arrival of the Prime Minister at the meeting room, Abrar's mother embraced her and burst into tears.

Abrar, a second-year student of BUET’s electrical and electronic engineering department, was beaten to death by a group of BCL men at the university’s Sher-e-Bangla Hall on October 7.

Later, his father filed a murder case against 19 BUET students, mostly BCL leaders of the BUET unit, and several other unnamed accused with Chawkbazar Police Station.