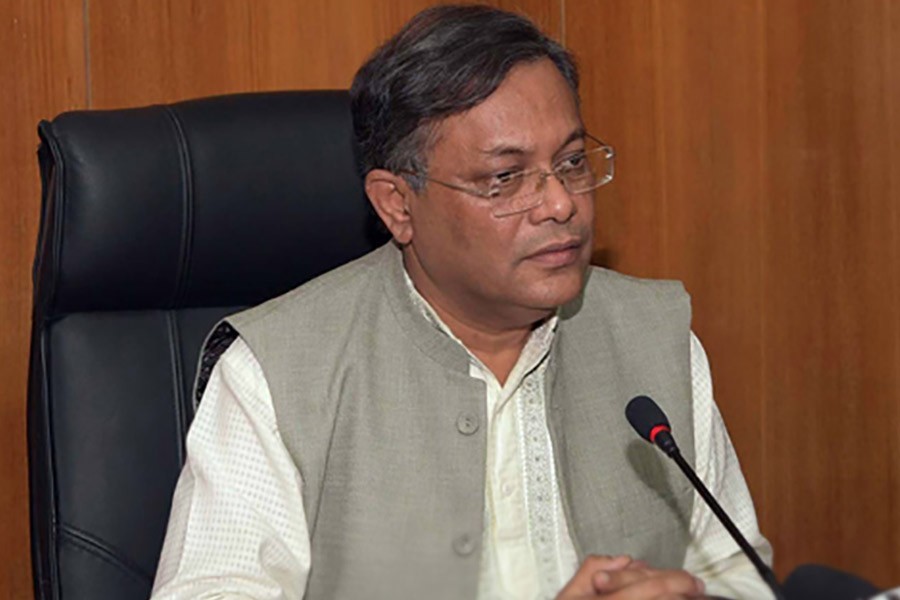 Information and Broadcasting Minister Hasan Mahmud has said that foreign diplomats are free to give advice on elections as long as they don't interfere in the country's internal affairs and cross diplomatic etiquettes.

The minister said this while exchanging views with journalists after receiving the annual report of Bangladesh Press Council at the ministry's meeting room on Monday, reports UNB.

About Bangladesh Nationalist Party's (BNP) recent activities, the minister said it's the BNP men who are attacking their own fellows to create an anarchic situation.

"In 2018, BNP secured five seats in the parliament as an outcome of their dialogue (with the government). This time, they'll be rejected by the people if they don't shun the path of violence," said Hasan.

Replying to a question, the minister added that Father of The Nation Bangabandhu Sheikh Mujibur Rahman had established the Press Council to remove misunderstanding between the public and the media.

"Currently, the only role that the Press Council plays is of reprimanding. The government is trying to formulate new laws to increase the power of this body," Hasan added.

Hasan, also the Joint General Secretary of the ruling Awami League, reaffirmed his view media in Bangladesh enjoys more freedom than in many developed countries of the world.

"The government is creating a database of the journalists. The Press Council has prepared a draft policy in this regard, which will be approved soon," said Hasan.

During the meeting, Press Council Chairman Nizamul Haque presented their report for 2022. Iqbal Sobhan Chowdhury, editor of The Daily Observer and Saiful Alam, dditor of the daily Jugantor, among others, were present at the meeting.