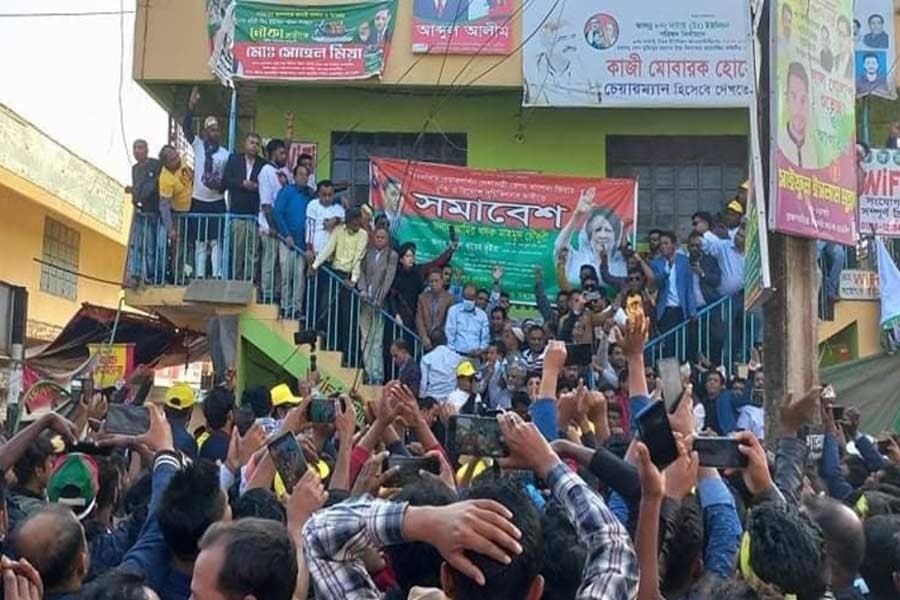 BNP senior leader Amir Khosru Mahmud Chowdhury on Saturday alleged a political quarter is discussing how to manipulate the next election in the name of dialogue on the reconstitution of the Election Commission (EC).

“The President has initiated a dialogue. What are they discussing? A political quarter of those who rigged votes in 2009, 2014 and 2018 are discussing how they will manipulate votes in the next election,” he said.

Speaking at a rally, the BNP leader warned that countrymen are closely observing those who engaged in rigging votes in different elections over the last 13 years, reports UNB.

“I would like to tell the vote manipulators to come to the right path. The people of Bangladesh have woken up and they will catch the vote snatchers. They’ll be boycotted socially,” he said.

The party was scheduled to hold the rally in front of Fulbaria Convention Centre. As the district unit Bangladesh Chhatra League also announced to hold a rally at the same venue and time, the local administration imposed section 144 in the area.

As a huge number of BNP leaders and activists started taking positions at different points of the district town, BNP shifted its rally to Battoli Bzar which was out of the purview of the restriction.

Speaking at the rally, Khosru, a BNP standing committee member, said there is no point in imposing section 144 to foil BNP’s rally as their party leaders and activists breached it in different districts earlier.

“Those days of restricting BNP with section 144 have gone. This section (144) did not come into effect in Brahmanbaria like other areas,” he said.

The BNP leader said the government will no longer be able to resist BNP as a mass wave has been created in favour of the party. “When the tide starts, it can’t be stopped.”

A tense situation was prevailing in the district since morning following the announcement of two rival partíes' similar programmes at the same venue, vehicular movement was disrupted due to the restriction, causing public sufferings.

Braving the restriction, BNP leaders and activists joined the rally in small processions, but no untoward incident happened due to the strong presence of around 600 law enforcers at 52 points of the district town.

Police reportedly stopped Rumeen Farhana’s car near Ashuganj-Bhairab Bridge around 12 noon while she was going to join the rally.

Being obstructed, she took a position at Ujan Bhati Hotel in Ashuganj.

She, however, was allowed to go to Brahmanbaria Sadar upazila to take part in the rally around 2:30pm.