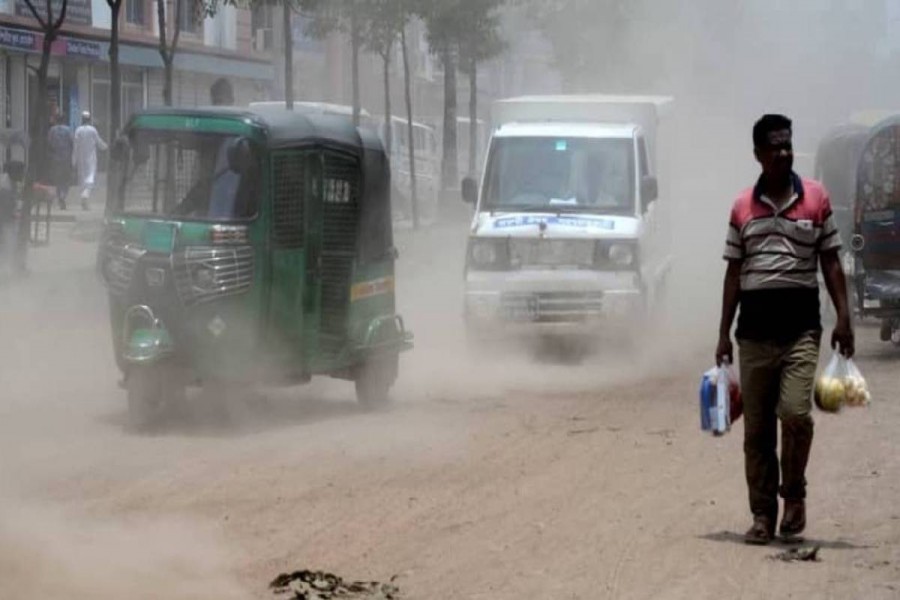 Dhaka's air quality continued to be in the 'unhealthy' zone on Saturday (November 26, 2022) morning.

With an air quality index (AQI) score of 169 at 9am, Dhaka ranked fourth in the list of cities around the world with the worst air quality.

An AQI between 101 and 200 is considered 'unhealthy', particularly for sensitive groups.

Pakistan’s Lahore, India’s Delhi and Kolkata occupied the first, second and third spots in the list, with AQI scores of 467, 243 and 179, respectively, reports UNB.

Dhaka has long been grappling with air pollution issues. Its air quality usually turns unhealthy in winter and improves during the monsoon.

Effects of Air Pollution on Health

Air pollution consistently ranks among the top risk factors for death and disability worldwide. Breathing polluted air has long been recognised as increasing a person’s chances of developing a heart disease, chronic respiratory diseases, lung infections and cancer, according to several studies.