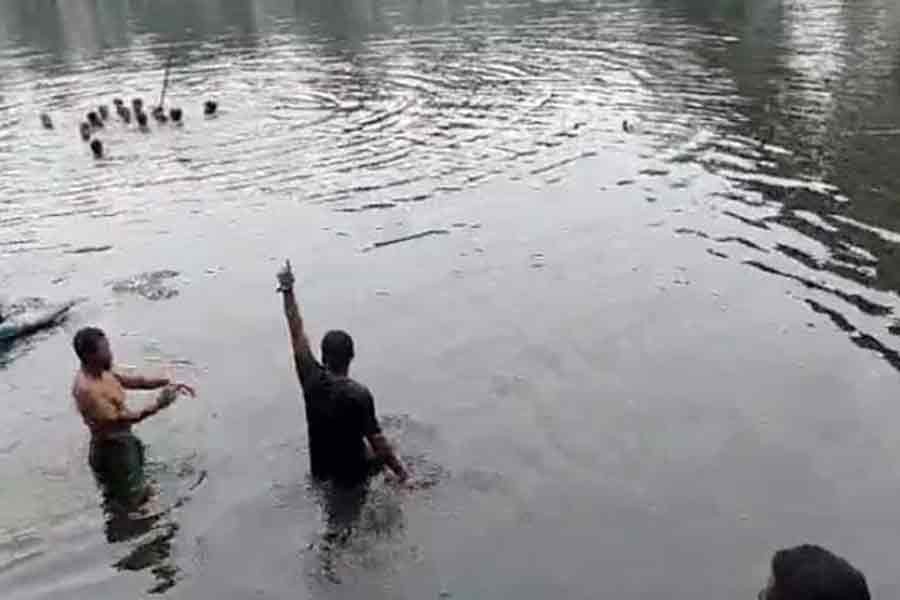 A student died after drowning in the pond of Sergeant Zahurul Haq Hall at Dhaka University.

The victim, identified as ‘Polash’, had gone to the pond near his dormitory to bathe. He was rescued by his fellow students and taken to the emergency division at Dhaka Medical College Hospital, reports bdnews24.com.

The doctor on duty declared Polash dead at 1:58 pm, said Inspector Md Bachchu Mia, the officer in charge at the DMCH Police Outpost.

Polash was a native of Jamalpur’s Madarganj and was in his third year at Dhaka University’s Department of Anthropology.

A student named Siam, who helped bring Polash to the hospital, said that he had gone missing after he went to bathe. When news of his disappearance spread, the other students gathered around the pond. After 15 minutes of searching, the students found Polash unconscious and took him to the hospital.