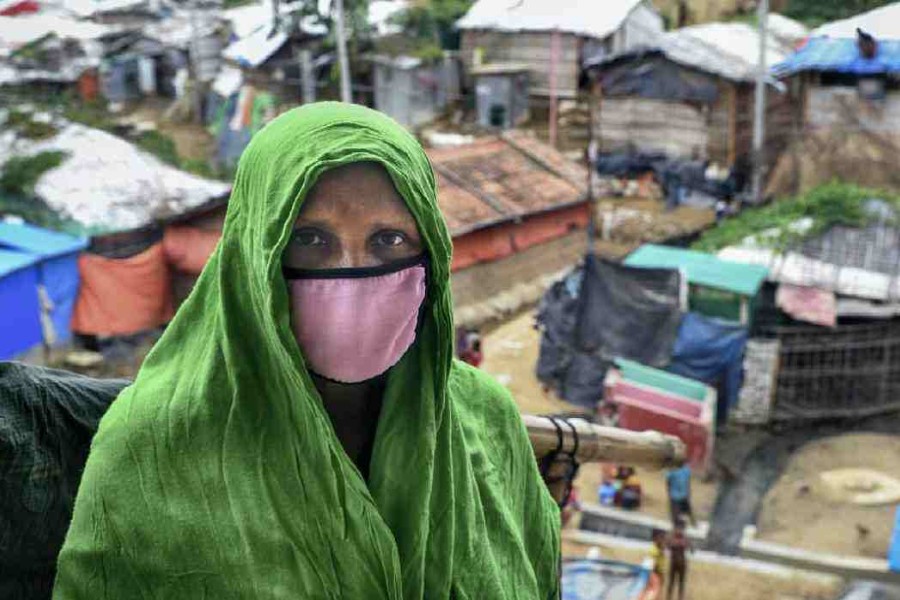 Bangladesh will bring the unresolved Rohingya crisis before the global leaders today (Saturday) apparently reminding everybody of the failure to find a durable solution to the crisis amid Myanmar's non-fulfilment of repatriation pledge, officials said, reports UNB.

Bangladesh will also seek genuine efforts from the global community to help Rohingyas return to their place of origin in Myanmar's Rakhine State, they said.

The global leaders are staying home and joining the various sessions of the UNGA virtually due to Covid-19.

Prime Minister Sheikh Hasina had placed a five-point proposal in the 72nd UNGA seeking a solution to the Rohingya problem immediately after starting ethnic atrocities against Rohingyas in Myanmar since August 25, 2017 but the proposal remains largely unaddressed.

The international community appreciated the proposal placed by the Prime Minister, a senior official said adding that Bangladesh still sticks to the proposal.

This year, Bangladesh will also highlight the accountability issue, especially the ongoing legal procedures at the International Criminal Court (ICC) and International Court of Justice (ICJ).

Not a single Rohingya has gone back to Myanmar for lack of confidence and trust deficit between the persecuted Rohingya and the Myanmar government.

To improve the confidence, Bangladesh suggested Myanmar many options, for example, 'go and visit', allowing Rohingya leaders to visit Rakhine province or allowing non-military civilian observers from Myanmar's friendly countries like ASEAN+, or China, Russia or India or any country of their choice so that Rohingya feel assured of their safety and security, DrMomen said.

Alternately, Bangladesh requested Myanmar officials to come and talk to their displaced Rohingya for confidence building.

"Unfortunately, Myanmar is yet to respond to our suggestions," DrMomen said, adding, "Bangladesh is keen on solving the crisis through constructive diplomacy with good neighbourly spirit."

"Myanmar is our friendly country and, therefore, Bangladesh signed three instruments with Myanmar for repatriation. Myanmar had agreed to take them back after verification," said the foreign minister.

Myanmar had also agreed to create a conducive environment for their voluntary repatriation and they agreed to ensure safety and security of the displaced people.

"But, unfortunately, till today, no one went back. Instead of a conducive environment, fighting and shelling is ongoing in the Rakhine state," said DrMomen.

Attempts to send back Rohingyas to Myanmar failed twice amid trust deficit among Rohingyas.