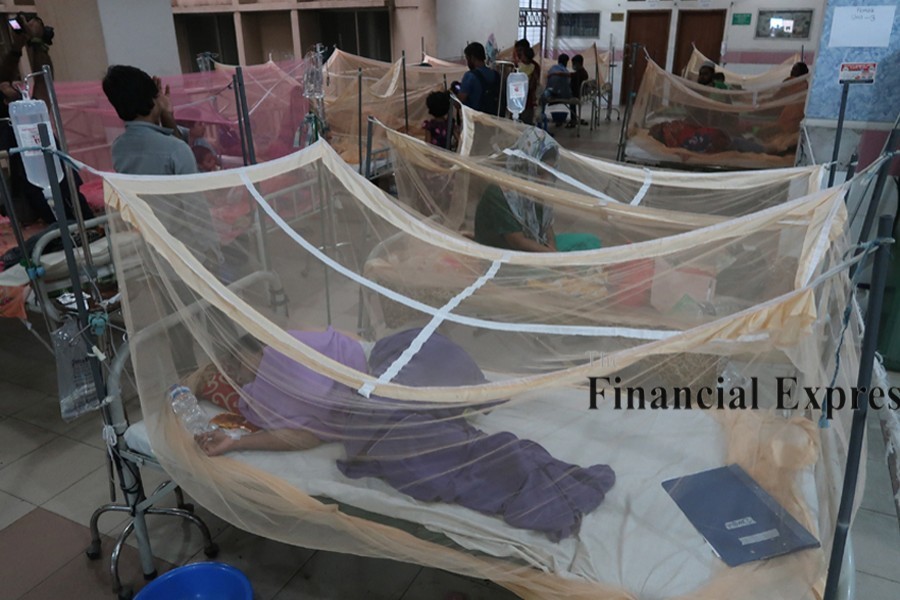 With another death from dengue recorded in 24 hours till Friday morning, the official death toll from the mosquito-borne disease rose to 242 this year.

During this time, 221 more patients, including 141 in Dhaka city, were hospitalised, according to the Directorate General of Health Services (DGHS).

A total of 1,969 dengue patients, including 1,135 in the capital, are now receiving treatment at hospitals across the country.