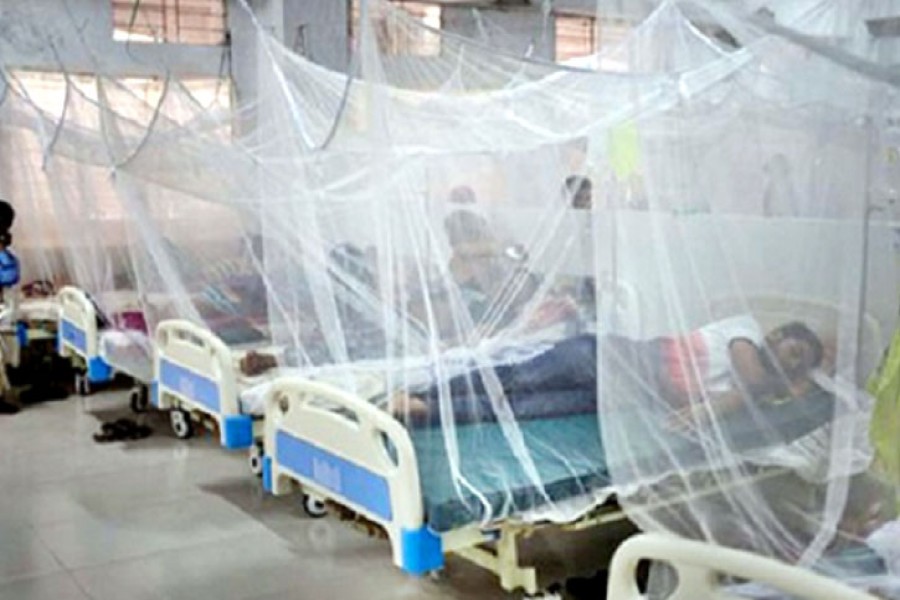 The number of fatalities from the mosquito-borne disease remained unchanged at 98 in the current year as no fresh death was reported during the period, according to the Directorate General of Health Services (DGHS).

Ninety people died in Dhaka division alone, two each in Chattogram, Mymensingh and Khulna divisions and one each in Rajshahi and Barishal divisions, reports UNB.

Twenty-four new patients are undergoing treatment in hospitals in Dhaka while the remaining 29 cases have been reported from outside the division.

Some 293 patients diagnosed with dengue are receiving treatment in the country as of Friday.

Of them, 213 patients are receiving treatment at different hospitals in the capital while the remaining 80 were listed outside Dhaka.

Experts attribute the unusually high dengue cases during the dry season, mainly in Dhaka, to the prolonged rainy season, sporadic rainfall, and high humidity and temperature, Aedes mosquitoes' reproductive and behavioural changes caused by climate change and lack of people’s awareness and poor controlling measures by the two city corporations of the capital.

They also said the climate conditions of Bangladesh are becoming more favourable for the Aedes mosquitos to prevail in all seasons with high or low intensity mainly for the increase in temperature and breeding sources.

‘Govt appointed PR firm in US, not lobbyist’

Police file case against 200 to 300 SUST students over clash

Fire breaks out at shoe factory in Demra

Microsoft to buy Activision in $69b metaverse bet