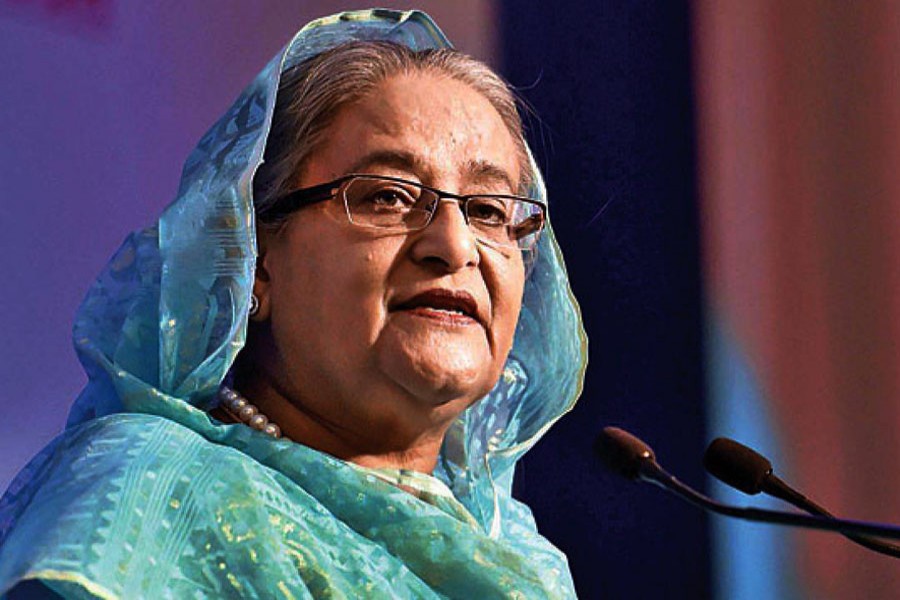 “We hope that you’ll work with honesty, courage and sincerity to defeat evil forces for ensuring the public security,” she said.

The Prime Minister said this speaking at the 40th national rally of Bangladesh Ansar and VDP at Bangladesh Ansar-VDP Academy in Shafipur, Gazipur on Thursday, reports UNB.

Sheikh Hasina asked the Ansar and VDP members to contribute to the development of the country as Bangladesh has now acquired the capability to move keeping peace with the world.

The Prime Minister asked the Ansar and VDP, being the largest force in the country, to perform the duties bestowed upon them properly.

“If we all work together, I think the day is not far when Bangladesh will be established as a poverty- and hunger-free, developed and prosperous country,” she said.

On her arrival at the rally venue, the Prime Minister was received by Home Minister Asaduzzaman Khan and Director General of Bangladesh Ansar and VDP Major General Kazi Sharif Kaikobad.

Earlier, the Prime Minister inspected a parade of Ansar and VDP riding an open jeep and received salute. She handed over eight types of special medal to 143 Ansar and VDP members for their bravery and praiseworthy services.

The Prime Minister also handed over the posthumous medal to wife of late Golam Mostafa.