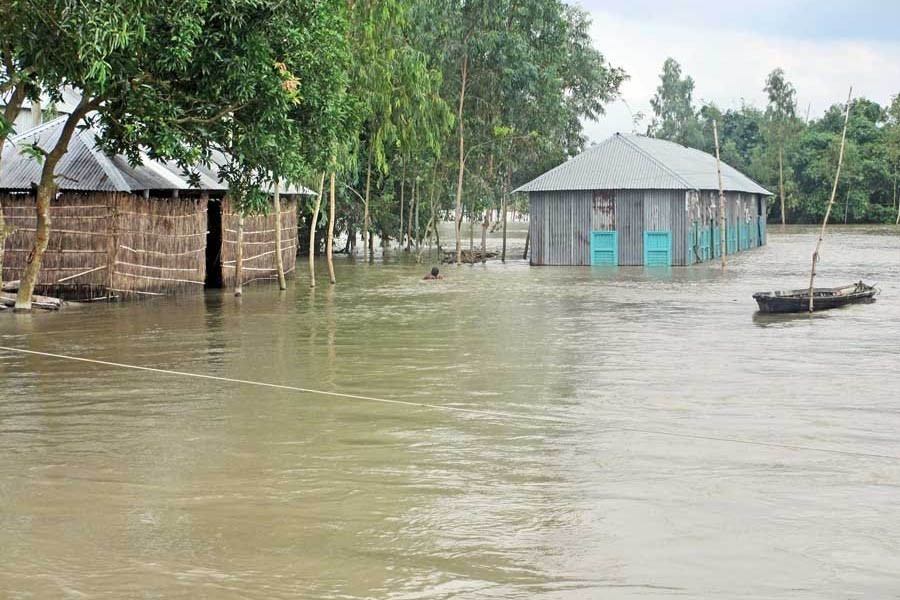 Deaths in floods rose to 217 in the country on Saturday while the country is struggling to fight deaths in Covid-19.

Meanwhile, nearly 47,000 people have been infected with water borne disease so far with over 1,900 fresh infections in the past 24 hours, according to latest government data.

Of the total deaths, 182 drowned while 19 died of snakebites and 13 in thunderstorms, and three from other diseases, according to the health emergency operation centre of the Directorate General of Health Services (DGHS).

Besides, 16,200 people have been infected with diarrhoea with one died in the flood-hit areas, it added.

This year Bangladesh faces one of the worst floods in history. Huge rains in Indian state of Assam cussed huge inflows into downstream Bangladesh during the monsoon in Bangladesh between June and September.

The Bangladesh Water Development Board, however, said the flood situation in Bangladesh has improved as the Ganges basin remained almost stable for days.

It also read that the flood situation is improving, including in the 30 river points in the Ganges basin--levels receded at 18 points while went up at 11 points and remained stable at one point.