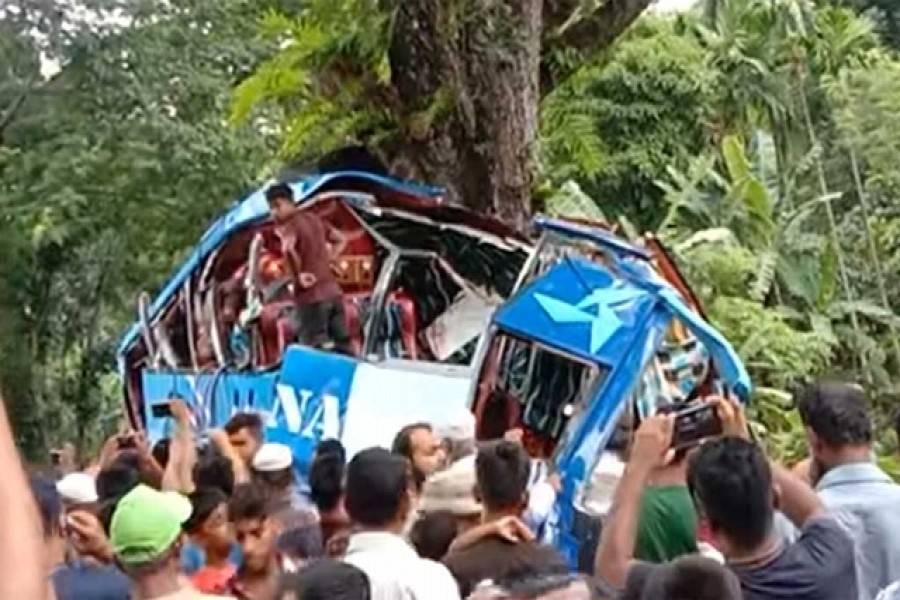 At least 10 passengers have died as a passenger bus slammed into a wayside tree in Uzirpur Upazila of Barishal.

The bus operated by Jamuna Line Paribahan was going to Bhandaria in the southern district of Pirojpur from Dhaka, according to the police, reports bdnews24.com.

The accident took place on the Dhaka-Barishal highway in the Bamrail area around 5:30 am on Sunday, Uzirpur Police Station chief Ali Arshad said.