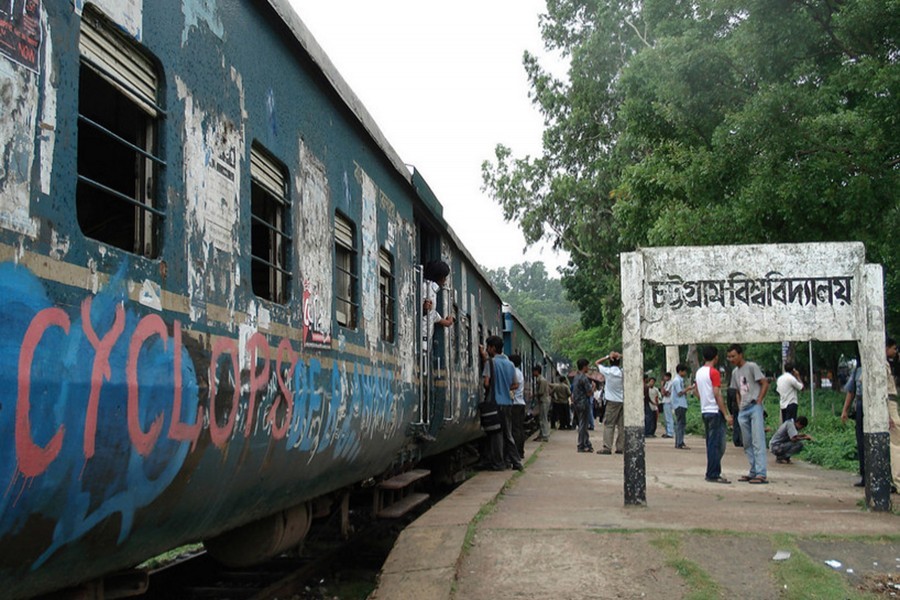 Proctor SM Monirul Hasan said the train services were cut off because of the strike.

A paltry issue had led to an altercation between two BCL groups – ‘Bijoy’ and ‘CFC’ – at the central playground on Wednesday. ‘Bijoy’ members assaulted one Shamim Azad, a supporter of ‘CFC’.

Shortly after the incident, ‘CFC’ supporters stabbed three activists of ‘Bijoy’ group at Suhrawardi Hall in the afternoon, prompting the latter to call an indefinite strike on the campus. The situation has been tense ever since, UNB reports.

Additional police personnel have been deployed on the campus to avert further trouble.