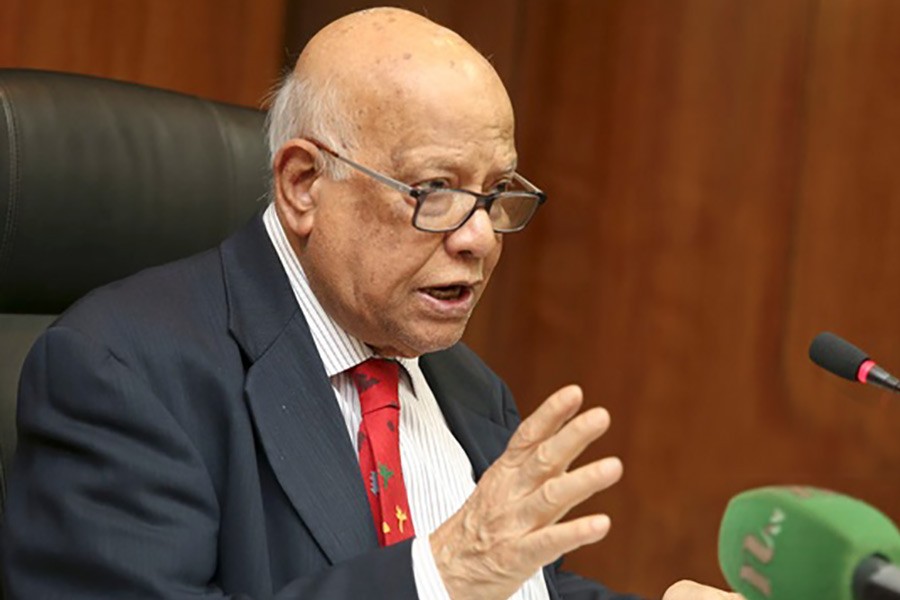 Finance Minister AMA Muhith has criticised Communist Party of Bangladesh (CPB) for their protest against the irregularities and corruption in banking sector.

Responding to a question of a reporter on Wednesday, he said, "They (CPB) are nonsense. They do nothing."

Muhith was asked for his reaction about the CPB's protest rally towards Bangladesh Bank.

He made the comment after coming out of the Cabinet Purchase Committee's meeting at Bangladesh Secretariat.

He said banking regulatory body may have weakness, that's all.

"There might be question about irregularities. But they (CPB) have no existence. They have got only a few leaders and what they are doing is only for their own survival," Muhith said.

He said. "They cannot advance to lay seize Bangladesh Bank. It's childish."

Earlier, CPB held a rally in front of Jatiya Press Club and brought out a protest procession to lay seize Bangladesh Bank.

According to UNB, police intercepted the rally when it reached Dainik Bangla crossing in the afternoon.