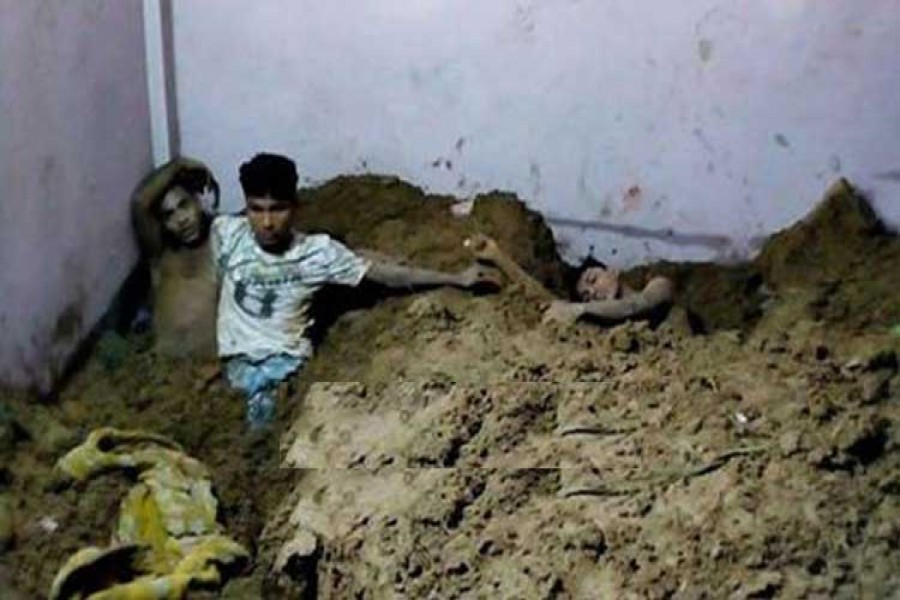 At least four people, including two children, were killed and five others injured in landslides in Cox’s Bazar district on Tuesday.

The victims were identified as Saima, 5, Jihan, 7, Mohammad Shahed, 18, and Saddam Hossain, 28, according to bdnews24.com.

Abdul Malek, a spokesman for Bangladesh Fire Service and Civil Defence, said the landslides struck the beach town of Cox’s Bazar and Ramu Upazila at around 3:00am.

The two children were killed in the landslide in Ramu, the spokesman said.

The landslide struck the family’s house and killed the children in their sleep, Malek said.

Shahed was killed and three others, including Saddam Hossain, were injured in a landslide in the Lighthouse area of the Cox’s Bazar town.

The injured were taken to Cox’s Bazar Sadar Hospital for treatment, where Saddam later succumbed to his injuries.

Heavy rains in the area are thought to have triggered the landslides.