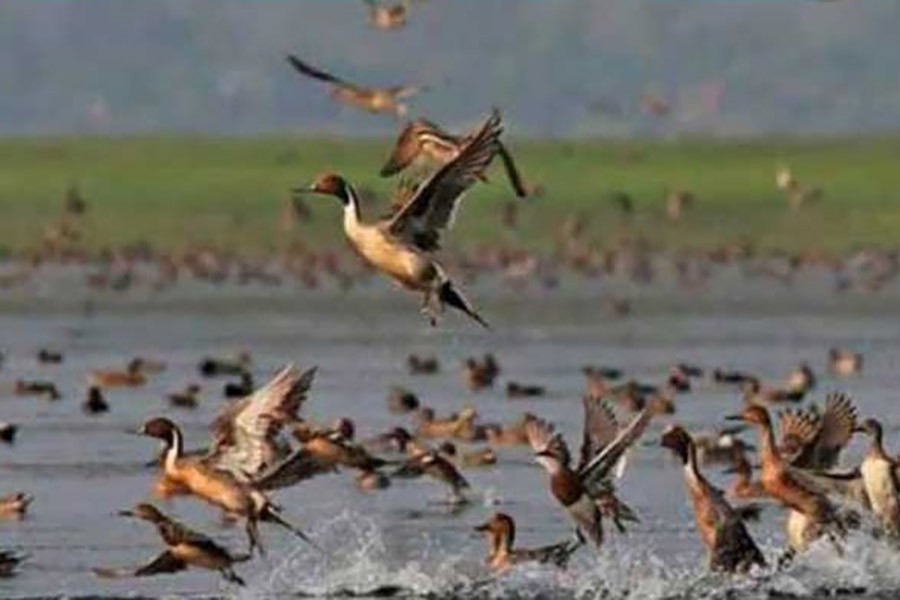 With the advent of winter, migratory birds, though small in numbers, have started arriving at different water bodies of haor and hilly areas in Benapole of Jashore district.

But, this year, the number of arriving migratory birds is very less than that of the previous years.

Mofijur Rahman Sazon, owner of the Bahadurpur haor, said migratory birds used to arrive from the Himalayan and Siberian region to the area in massive numbers even a couple of decades ago.

Besides, the number of migratory birds has declined in the recent years following adverse impacts of climate change due to rise in the global temperature, opined agriculturists.

The average temperature has continued to rise in the Himalayan, Siberian, Nepal and Mongolian regions making those places habitable to some extent for birds even during the winter, he added.

On the other hand, the reduction in number of water bodies and depletion of many species of sweet water fishes in the haor and hilly areas are the main reasons for the decrease in the number of arriving migratory birds in the district.

The adverse impact of climate change and drying up of different water bodies mainly canals as well as reverence created threat to bio-diversity, ecology and environment.

DAE sets target of producing 115,920 tonnes of potato in Jamalpur